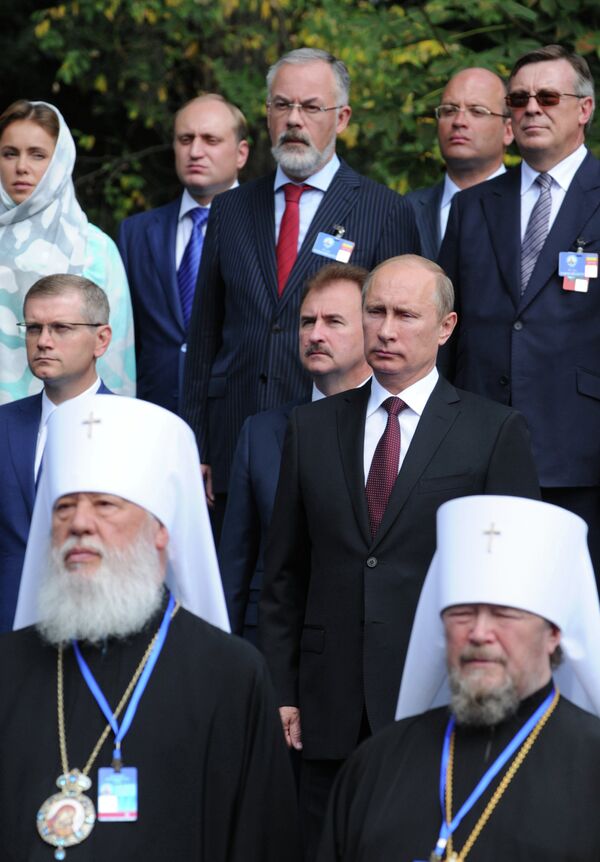 Putin arrived in the Ukrainian capital, Kiev, to take part in festivities celebrating the 1025th anniversary of baptism of Kievan Rus, a medieval state that comprised parts of what is now Russia and Ukraine. His calls for integration emphasized Moscow’s concerns over Ukraine’s reluctance to join a Moscow-dominated economic bloc.

“Spiritual unity is something so strong that it is not affected by influence of authorities – neither state nor church [authorities]”, Putin told top Ukrainian Orthodox clerics.

Later Saturday, he said that Ukraine’s economic integration with Russia will benefit both nations.

“We will respect any choice of the Ukrainian people and state about the level of participation in the integration processes in the post-Soviet space,” he said addressing participants of a conference organized by the Ukraine’s Choice political party that seeks closer ties with Russia.

Ukraine has been reluctant to join the Customs Union of Russia, Belarus and Kazakhstan because doing so might prevent it from clinching a free-trade agreement with the European Union. Ukraine may sign the long-delayed agreement in November.

The Customs Union was created in January 2001, one month after leaders of Russia, Belarus and Kazakhstan signed an agreement to create the Eurasian Economic Commission, a new supranational body to manage economic integration of the three former Soviet republics.

In late May, Ukraine signed a memorandum to deepen cooperation with the Customs Union, but stopped short of gaining observer status.

In early June, Ukrainian President Viktor Yanukovych said that his nation’s cooperation with the Customs Union does not contradict Ukraine’s bid to join the World Trade Organization or Kiev's strategic course of Euro-integration.

Russia has repeatedly said that it could cut gas prices for its neighbor if Ukraine joins the Customs Union.