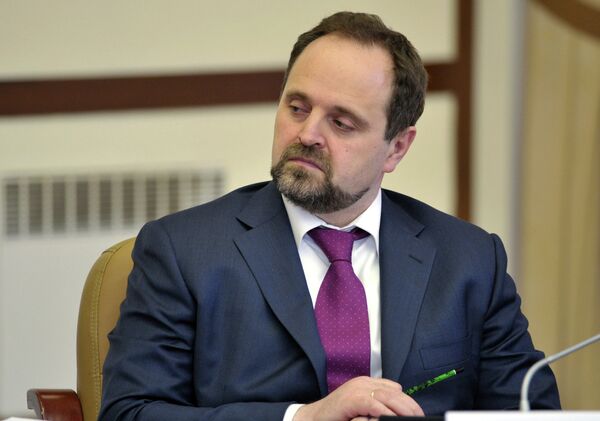 Russia’s natural resources minister and Greenpeace on Friday called for a thorough investigation into several recent killings that have raised concerns about the safety of green campaigners in the country.

MOSCOW, July 26 (RIA Novosti) – Russia’s natural resources minister and Greenpeace on Friday called for a thorough investigation into several recent killings that have raised concerns about the safety of green campaigners in the country.

Greenpeace Russia released a statement on Friday, urging investigators “to conduct a thorough inquiry into the reasons and circumstances” behind a series of attacks on environmentalists in recent days and punish those involved.

The call was echoed by Natural Resources Minister Sergei Donskoi on Friday, in a rare instance of a top official and a critical activist group sharing the same stance. Donskoi publicly requested that Interior Minister Vladimir Kolokolstev personally oversee the relevant cases.

“Several environmental activists have fallen victim to a series of shocking incidents between May and July,” Donskoi said in a statement published by Russian media. "I ask you … to conduct a proper and objective investigation of those cases."

Last Friday, two environmentalists, Nikolai Podolsky and Sergei Malashenko, were shot dead in Russia’s northwestern Murmansk Region while setting up a youth camp. The shooting took place some 27 kilometers from the nearest town, Umba, in the Kola Peninsula, near the White Sea.

Investigators have accused a 60-year-old local of pulling the trigger. According to an official statement posted earlier this week, the suspect had a conflict with the environmentalists over the territory of their planned camp. He fired several shots from a rifle, killing the two activists and then turned the gun on himself. He later died in a hospital.

Greenpeace said in a statement that the activists, who had been involved in environmental campaigning since the 1980s, could have been attacked by poachers who fish in local rivers. This allegation has not received any official confirmation.

When reached by telephone on Friday, a spokeswoman for the NGO that the two killed men worked with, the Kola Environmental Center, declined to comment on the tragedy, saying she had “only emotions but no objective information.”

Greenpeace noted that the incident happened just two days after green activist Igor Sapatov was shot dead while repairing a road with his son in Russia’s Tatarstan Republic. Sapatov had been campaigning against the construction of private cottages along forested areas of the Volga and Kama rivers since 2008, Greenpeace said. His killer has not been identified.

The Natural Resources Ministry noted that, in early May, Greenpeace activist Stepan Chernogubov, a campaigner against the pollution of a Ural Mountain river by a local chrome producer, was severely beaten. No one has been held responsible.

In 2008, unknown assailants attacked Mikhail Beketov, an editor who campaigned against the construction of a highway through the Khimki forest near Moscow. His right leg had to be amputated, he lost most of the fingers on his left hand, and his brain was severely damaged. Beketov’s dog was left dead on his doorstep, and his car was set on fire, believed to be revenge for his articles. He died of heart failure in April. His attackers have never been found.

Updated with corrected first name of the natural resources minister.