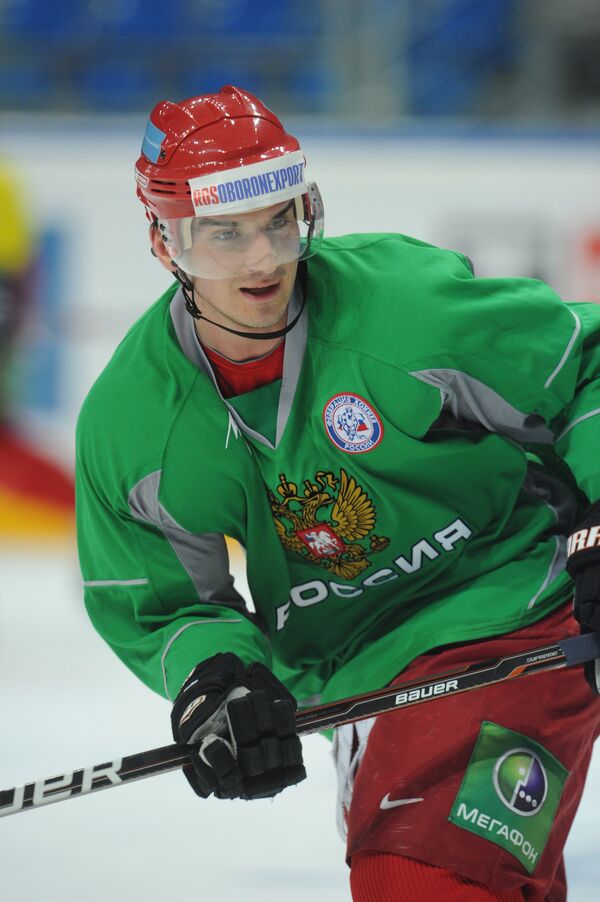 Zherdev, 28, has been a free agent since June 20, when he was let go by Atlant Moscow Region, the team he has been playing for since his return from North America in 2011.

"Nikolai talked to his family and specialists and decided that this option would be the best for him," Zherdev's agent Yury Nikolaev told R-Sport. "Lev provides Zherdev with awesome financial and living conditions."

Zherdev, a playmaking wing who led Atlant with 37 points in 39 appearances last season, was a surprise inclusion on the team's list of five players available to expansion franchise Admiral Vladivostok last month. Admiral, however, left the forward on the board, likely due to his 60 million rubles-per year salary ($1.85 million).

Zherdev, the fourth pick overall by the Columbus Blue Jackets in 2003, racked up 115 goals and 146 assists in 421 NHL games. He has also spent time with the New York Rangers and Philadelphia Flyers.

In its first year after relocating from the Slovak city of Poprad, Lev finished seventh in the KHL’s Western Conference and was eliminated by CSKA Moscow in the first round of playoffs.

Updated at 14:08 with quotes from Nikolaev in third paragraph