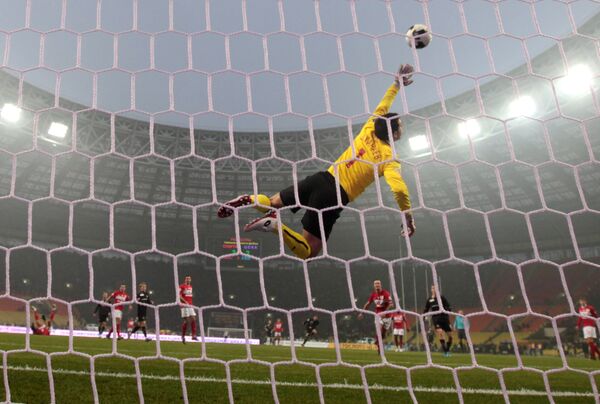 Russian President Vladimir Putin on Wednesday signed into law a bill toughening the maximum penalty for match-fixing to seven years in prison.

The law, proposed by Putin in January, makes it an offense for athletes, coaches and sports officials to bet on their own sports and couples possible prison time with a maximum 1 million ruble ($30,000) fine for those convicted.

As Russia readies to host the 2018 FIFA World Cup, media reports suggest match-fixing is still common. Although it is nowhere near as prevalent as it was in Russia in the 1990s, the culprits are rarely held to account, reports say.

The governor of one of the World Cup host cities, Kaliningrad, last month admitted asking his local football team to drop points because promotion would mean the club swallowing extra state subsidies.

The FIFPro international players' association claimed last year that as many as one in ten footballers in Russia have at some point received an offer to fix a game.

In April, the Russian Premier League urged the media to refrain from jumping to conclusions on match-fixing whenever a shock result occurs.