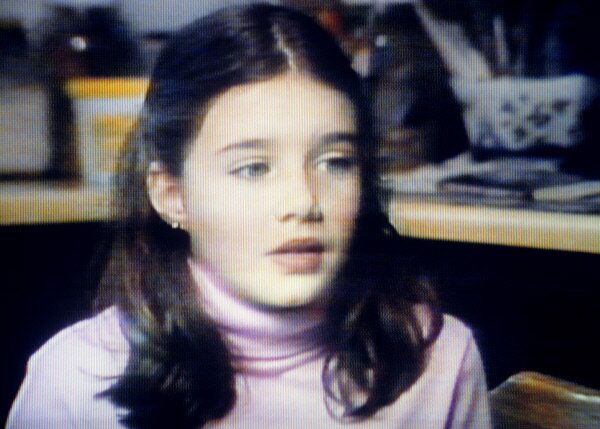 When Jane Smith saw new Soviet leader Yuri Andropov on the cover of Time magazine two weeks after the death of his predecessor Leonid Brezhnev in November 1982, she gave her daughter Samantha a brief primer on the Cold War and asked: “Wouldn’t it be nice if he had some new ideas?”

WASHINGTON, July 22 (By Carl Schreck for RIA Novosti) – When Jane Smith saw new Soviet leader Yuri Andropov on the cover of Time magazine two weeks after the death of his predecessor Leonid Brezhnev in November 1982, she gave her daughter Samantha a brief primer on the Cold War and asked: “Wouldn’t it be nice if he had some new ideas?”

“She said, ‘Why don’t you write a letter, mom?’” Smith told RIA Novosti in a telephone interview from Maine on Monday. “And I said: ‘Why don’t you?’”

Samantha Smith took her mother up on the offer and penned a letter to Andropov that became a global sensation and prompted the Soviet leader to invite the 10-year-old for a two-week goodwill tour of the Soviet Union, a trip she returned home from 30 years ago Monday.

“It was the sincerity of Samantha’s letter that garnered attention,” former Soviet leader Mikhail Gorbachev said this month in comments published by the Bangor Daily News in Maine. “We understood at the time that people on both sides of the ocean were very worried, and they wanted to make sure that their concern was felt by the leaders of USSR and USA. An American girl was able to express that in her letter.”

When Soviet leader Yuri Andropov replied to Samantha Smith’s letter, a barrage of US media rushed to interview the 10-year-old girl from Maine. In the photo of this press clipping, she holds up Andropov’s letter. (samanthasmith.info)

In the letter, Samantha, who died in a plane crash at age 13, congratulated Andropov on his new post in the letter but said she had “been worrying about Russia and the United States getting into a nuclear war.”

“Are you going to vote to have a war or not? If you aren't please tell me how you are going to help to not have a war,” she wrote. “This question you do not have to answer, but I would like to know why you want to conquer the world or at least our country. God made the world for us to live together in peace and not to fight.”

Andropov’s two-page letter was in Russian (the second page of which is seen above), but it was accompanied by an English translation. In the letter, Andropov invited Smith and her family to visit the Soviet Union in the summer. (samanthasmith.info)

The letter was published in the Soviet newspaper Pravda the following April, setting off a media maelstrom at the family’s home in Maine. But Samantha wanted an answer from Andropov himself and sent a second letter to the Soviet embassy in Washington inquiring whether she would receive a reply from the Kremlin.

Two weeks later the fifth-grader received a personal letter from Andropov in which her powerful pen pal compared her spunkiness to that of Becky Thatcher in Mark Twain’s “The Adventures of Tom Sawyer” and told her that Soviet citizens want “peace for ourselves and for all peoples of the planet.”

Smith was even a guest on the iconic US late night television program The Tonight Show, hosted by Johnny Carson, and appeared on Nightline with Ted Koppel.

The correspondence between a 10-year-old and the leader of one of the world’s two superpowers grabbed headlines across the globe and led to interviews with Samantha on national news programs and talk shows in the United States.

She and her family accepted Andropov’s offer to tour the Soviet Union, including a stopover in a famous Artek youth camp on the Black Sea in what is now Ukraine, and flew to Moscow in early July 1983.

In the summer of 1983, Smith and her parents visited Moscow and other Soviet cities and towns. Here, they walk through Red Square. (RIA Novosti)

“We were on [Soviet] TV every night,” Jane Smith told RIA Novosti on Monday. “On both sides of the Cold War people saw each other as just almost inhuman, and this sort of humanized the people for both countries.”

The family visited “a lot of touristy sites in Moscow and what was then Leningrad,” now St. Petersburg, and Samantha was free to indulge in the joys of summer camp, swimming and playing with other children without thinking too much about the politics of a trip that came at the height of the Cold War, Smith said.

Smith and her parents lay flowers at the memorial commemorating Russian astronaut Yuri Gagarin. Some critics believed the family was unwittingly serving as an instrument of Soviet propaganda. (RIA Novosti)

“We were under stress worrying about the ramifications and perceptions,” she told RIA Novosti.

The trip included lunch with Arthur Hartman, then the US ambassador to the Soviet Union, at his Spaso House residence in central Moscow, Smith added.

“He was very gracious,” she said, though she could not immediately recall the details of their conversation.

Samantha, who never met Andropov before his death in 1984, returned to Maine with her family on July 22, 1983, and was greeted by a cheering crowd of more than 300 people at the airport, according to media reports at the time. She also received stacks of letters from well-wishers but also some from critics accusing her of being used as a Soviet propaganda tool.

Smith and her family walk through the Kremlin. Behind them stands the Assumption Cathedral. Speaking at a Moscow press conference, Smith declared that the Russians were “just like us.” (RIA Novosti)

“I think you get bad reactions to even a good piece of cake,” Samantha’s grandmother, Theresa Smith, was quoted by United Press International as saying on the day of her return. “It’s their prerogative if they have bad things in their background that won’t let them accept an endeavor to make friends.”

Samantha went on to secure a role in a television series called “Lime Street” that was in the works for the US television network ABC. While returning from a shoot in London, a commuter plane she was traveling in with her father, Arthur Smith, crashed near an airport in Auburn, Maine on Aug. 25, 1985, killing all six passengers and two crew members on board.

Smith is dressed in a Russian national costume, which was sewn for her by members of a hobby club in Moscow. (RIA Novosti)

Her tragic death was mourned in the Soviet state media, which feted her as a messenger to the American people about the Soviet people’s peaceful intentions, and Gorbachev’s ambassador in Washington conveyed the new Soviet leader’s statement of condolences at her funeral.

Kennebec County, where the services were held, was one of several in Maine where Soviet citizens were not allowed to travel. But the US State Department made an exception for the Soviet ambassador, Vladimir Kulagin, who read the statement from Gorbachev that described Samantha as “a brilliant beam of sunlight,” The Associated Press reported at the time.

Gorbachev also sent a personal note of condolences to Jane Smith, telling her that “everyone in the Soviet Union who has known Samantha Smith will forever remember the image of the American girl who, like millions of Soviet young men and women, dreamt about peace, and about friendship between the peoples of the United States and the Soviet Union.”

Aside from Moscow, Smith visited Leningrad (now St. Petersburg) and Artek, the main Soviet pioneer camp located on the Crimean Peninsula. Here, she walks among a group of pioneers at the camp. (RIA Novosti)

While at the Artek camp, Smith chose to stay with the Soviet children rather than stay at the accommodations that were provided for her. (RIA Novosti)

After her death in 1985, Smith’s mother returned to Moscow in her place for the 1986 Goodwill Games in Moscow. Here, Jane Smith stands with Katya Lychyova, who had become the Soviet goodwill ambassador to the United States. (RIA Novosti)