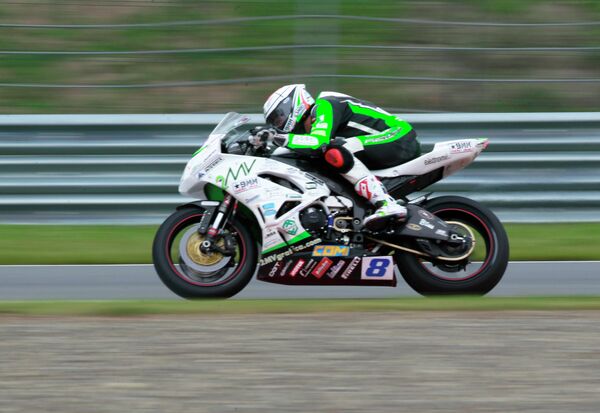 Two superbike riders involved in the crash that killed Italy's Andrea Antonelli at a World Supersport race in Russia over the weekend suffered minor injuries and did not require hospitalization, Moscow Raceway spokeswoman Tatyana Makhina told RIA Novosti on Monday.

Makhina, who did not identify the riders, said both are “alright” and were aided by doctors on site Sunday afternoon. The spokeswoman provided few specifics, saying only that one of the riders “received bruises and abrasions.”

The 25-year-old Antonelli - who fell on the opening lap of the second race of the day, losing control amid wet and rainy conditions at the track about 80 kilometers (50 miles) northwest of Moscow - died roughly 40 minutes later at the course's medical center.

The Team Goeleven rider was the first person to die at an event at the Moscow Raceway.

“Everyone involved in motorcycle championships extends its deepest condolences to Andrea’s family, friends, team and the Italian Federation at this tragic loss,” the statement says.