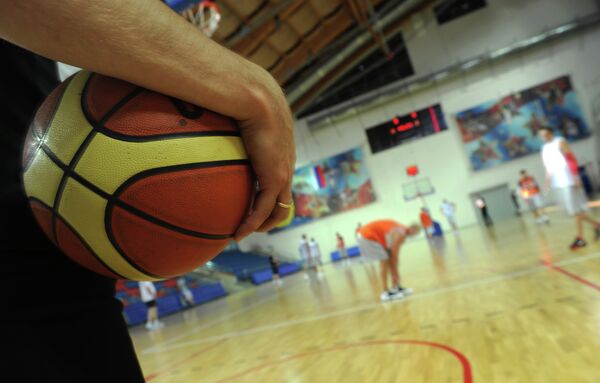 The three are Sergei Bazarevich, the first Russian to play in the NBA, Russia U20 coach Evgeny Pashutin and Vasily Karasev, the interim coach and father of Cleveland Cavaliers prospect Sergei Karasev.

“Every one of them is worthy of the job," said Russian Basketball Federation acting president Julia Anikeeva. "We've got coaches who are able to achieve big goals.”

Katsikaris, 46, had been in the post only eight months and his sudden departure on Saturday causes huge instability ahead of September’s European championships.

A resignation letter purportedly written by Katsikaris was leaked to several Russian media outlets, addressed to Anikeeva, who is accused of making Katsikaris’ position untenable.

“You are trying in every way to belittle me both as a person and as a coach. You create obstacles to my work,” the letter states.

Anikeeva responded in a website statement that “the federation sincerely regrets” the Greek coach’s resignation, adding that she disagreed “with the version of events stated by Katsikaris.”

Anikeeva responded, saying the federation sincerely regrets the Greek coach’s resignation and disagreeing with the version of events stated by Katsikaris.

The new coach, who will prepare the team for the September’s EuroBasket in Slovenia, will be elected at an RBF executive committee meeting on Tuesday.