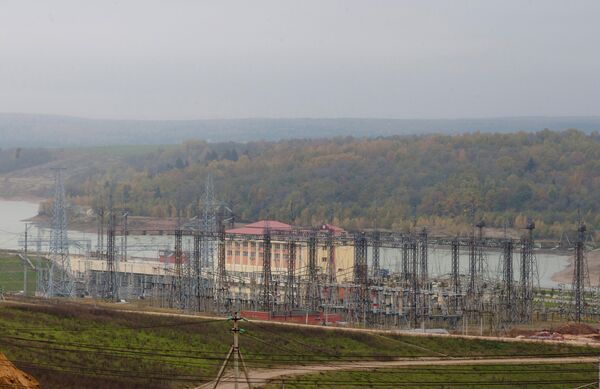 The case relates to embezzlement of cash intended for construction work at hydroelectric installations, particularly the company’s Zagorsky GAES-2 facility, the ministry said, adding documents and other evidence had been seized after searches had been carried out at the offices of RusHydro's subcontractors.

The ministry said in February, when it first announced it was investigating, that the amount of money involved could be up to 1 billion rubles ($30 million).

Investigators suspect cash was paid to fictitious subcontractors involved in construction projects for RusHydro dams and power facilities.  “In the course of our investigation it was found that money had been stolen by two subcontractor organizations which won a tender for repair of hydro-power facilities,” the Interior Ministry said.

RusHydro has since canceled its contract with the Gidrostroy company, RusHydro’s spokeswoman Elena Vishnyakova said.

“As a result of our full and effective cooperation with the Interior Ministry, which began in February this year, when we made a statement to the law enforcement agencies, a system was set up to combat fraud by subcontractors at all levels,” she said. “In addition, Gidrostroy will have to compensate us for any financial damage caused as a result of our joint activity,” she added.