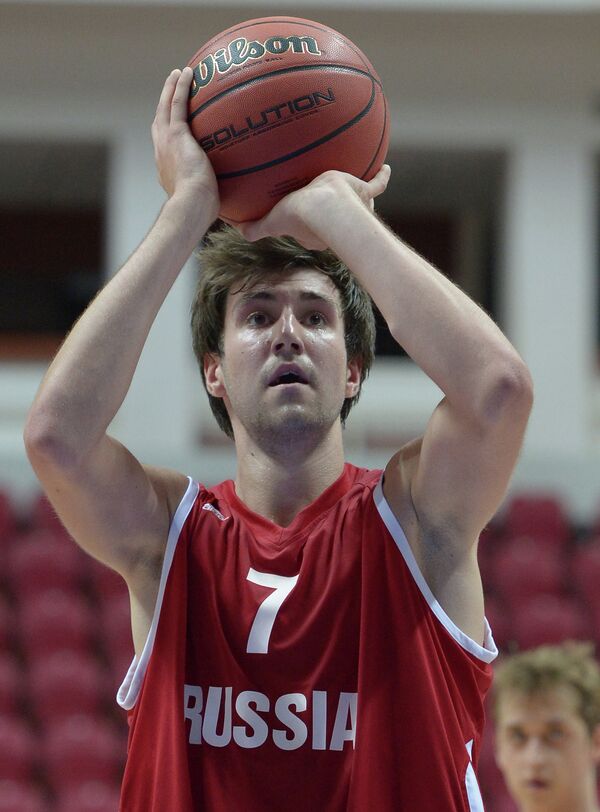 Russian shooting guard and small forward Karasev was picked 19th overall by Cleveland in the NBA draft last month and recently told R-Sport he had been out of contact with the Cavaliers while leading Russia to gold at the World University Games, which ended Wednesday.

“Sergey Karasev will fly to Cleveland,” his Russian team Triumph Lyubertsy said in a website statement Friday. “Today our team’s player Sergey Karasev is heading to the US to sign a contract with the Cleveland Cavaliers.”

Karasev, 19, may return quickly to join up with the Russian national team, which is starting a training camp July 22 to prepare for September’s European championships.

Earlier this month, he said his No. 1 priority in training had to be bulking up to deal with the NBA's more physical game.

“I know that I’m skinny now, but last year I added 20 pounds,” he said. “I get stronger every day. I understand I need a physical game, more muscles, and in a couple more years I can be a star in the NBA.”

After serving as the youngest member of Russia's surprise bronze-medal team at the 2012 London Olympics, Karasev became the leader of Lyubertsy, averaging 20.2 points per game and 4.9 rebounds in 14 games in the Russian PBL league.

In 11 Eurocup games last season, he averaged 16.1 points per game and shot 49 per cent from three-point range.