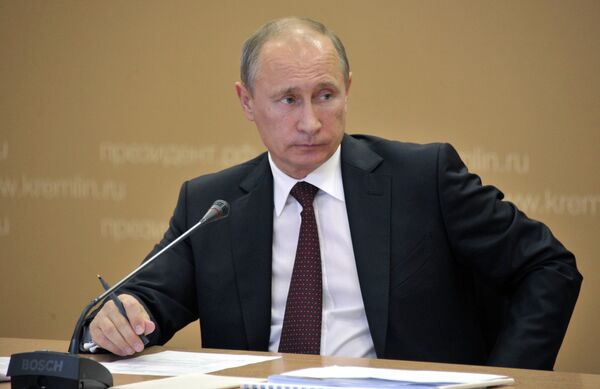 “International relations, in my opinion, are more important than the special services' hassles,” Putin said Wednesday, referring to the saga of former US intelligence contractor Edward Snowden, wanted by the US authorities on espionage charges and seeking currently asylum in Russia.

Snowden submitted a request for asylum in Russia Tuesday, after being holed up at Moscow's Sheremetyevo Airport transit zone since arriving from Hong Kong on June 23. Snowden faces prosecution in the US for leaking highly sensitive classified data about the US National Security Agency's surveillance activities.

Russia has warned Snowden that he should not “damage Russian-American relations,” while in Russia, Putin told reporters Wednesday.

The president also reiterated his previous claims that Snowden is not planning to stay in Russia for long, citing Snowden himself.

“He is a young man, as a matter of fact, we don’t quite understand how he made his decision and how he is going to shape his life in future,” Putin said.

Your opinion: What will Snowden do if he gets asylum and stays in Russia?

Updated with corrected date in the 3rd graph