Tanks, Days Off, Abortions: 24 Things Russia Gives the Most Of 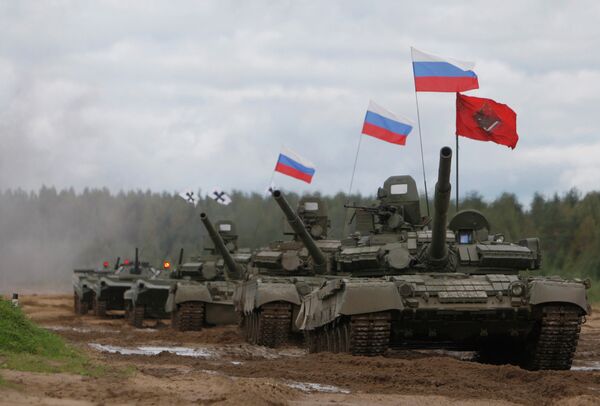 © RIA Novosti . Vadim Zhernov
/
Go to the mediabank
Subscribe
International
India
Africa
What do these three things have in common: tanks, abortions and instant coffee? They are all things that Russia exports, performs or consumes more than any other nation.

MOSCOW, July 17 (RIA Novosti) – What do these three things have in common: tanks, abortions and instant coffee? They are all things that Russia exports, performs or consumes more than any other nation.

Esquire magazine’s Russian-language edition on Monday released a list of 24 things for which Russia is a statistically proven world leader.

One standout is the consumption of instant coffee, in which Russia outranked previous leader Japan, according to a study by Russian marketing agency Navigator. However, Russia was only sixth in the world in overall coffee consumption.

The country that won the world’s biggest tank battle (Battle of Kursk, 1943) is also the biggest supplier of battle tanks: Russian exports of the vehicles are expected to reach 859 in the 2009-2013 period, according to the Moscow-based Center for Analysis of the Global Arms Trade.

Other health/demographic records included the consumption of vodka (13.2 liters per capita a year) and heroin (21 percent of the world’s total); deaths caused by alcohol and, separately, plane crashes; the percentage of smokers; and murders of people aged 10 to 29.

Russia is also a world leader in web surfing – 6.6 hours a day per capita, according to comScore – and cyberattacks, with 2.4 million in May, according to Deutsche Telekom.

Also, between 28 days of state-sanctioned vacation and 12 days of national holidays, Russians get the most days off among residents of the world’s 40 biggest countries, according to Hotels.com.

Economy-related number ones include income inequality (1 percent of Russians control 71 percent of the country’s wealth, according to Global Wealth Report); the purchasing of gold by the Central Bank; bribery abroad; shale oil reserves; the hiring of mid- and top-level managers; and the most expensive Olympics ever: Next year’s Winter Games in Sochi are costing Russia an estimated $51 billion, compared with $45 billion for Beijing’s Summer Games in 2008.

Other number ones include the most polluted places (eight of the 35 listed by the US-based Blacksmith Institute); deforestation; traffic jams (the honor goes to Moscow); nuclear weapons; the percentage of the population with a higher education; and ice fishing: Russia won the 2013 World Ice Fishing Championships in Wisconsin in February.

But Russia has seen some setbacks since Esquire first published the number-ones list, in 2005. The country is no longer the world leader in policemen per capita (overtaken by Bahrain), commercial space launches and prison population, as well as exports of sunflower seed oil and, remarkably, kangaroo meat.