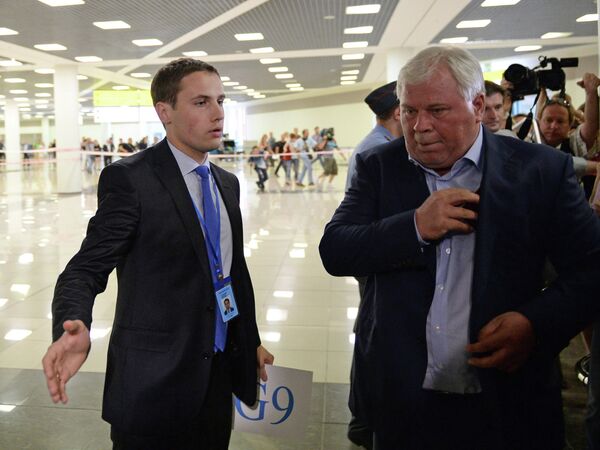 Prominent lawyer and Public Chamber member Anatoly Kucherena said Snowden wrote the request Monday, “in my presence, as there were a lot of legal and judicial questions.” Kucherena said he witnessed Snowden submitting his appeal to a representative of the Federal Migration Service on Tuesday at Moscow’s Sheremetyevo Airport, where the US intelligence leaker has been holed up since arriving from Hong Kong on June 23.

“He [Snowden] is being persecuted by the US government – that’s what he wrote, I’m quoting him – and therefore he fears for his life, for his safety. He is scared that he will be tortured or executed,” Kucherena told the Rossiya-24 news channel after helping Snowden with the request.

The lawyer said Snowden had chosen to apply for temporary asylum in Russia because he was tired, having been in the airport transit zone for about a month now. He added that if the leaker’s application for asylum is successful, he will get refugee status for one year, which will allow him to work and move around freely, and that status can be prolonged indefinitely.

Snowden would also need legal status in Russia in order to secure eventual passage to Latin American countries that have offered him asylum.

“I asked him [what his plans were], he doesn’t plan to go anywhere just yet, he intends to stay in Russia for now,” Kucherena said.

President Vladimir Putin is aware of Snowden’s application, his spokesman Dmitry Peskov said Tuesday, but it is not a priority for him right now.

Putin said last month that Moscow would consider granting Snowden asylum on the condition that he stop his work aimed at “damaging our American partners,” an option Snowden initially rejected before changing his mind last week.

An FMS spokeswoman confirmed on Tuesday that the agency had received an asylum request from Snowden, and said it would be considered within the time period stipulated by the law.

Snowden’s US passport has been invalidated as part of Washington’s effort to return him to the United States to stand trial on charges of espionage and property theft after the former National Security Agency contractor revealed details of secret state surveillance programs.

Updates with quotes from Putin's spokesman and Russia's migration service.

Your opinion: What will Snowden do if he gets asylum and stays in Russia?