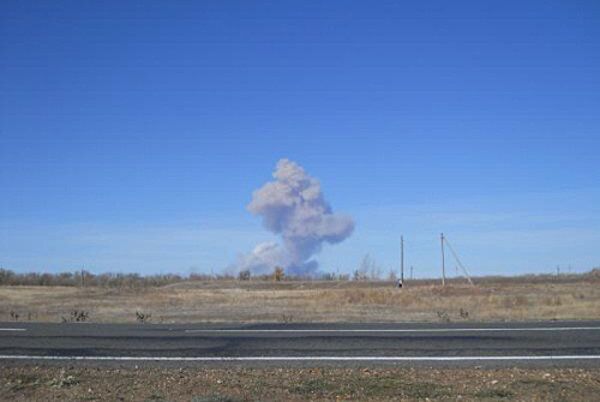 More than 4,000 tons of ammunition exploded at the disposal site last October near Orenburg, injuring an officer, forcing the temporary evacuation of residents from nearby villages and causing an estimated 237 million rubles worth of damage.

Private Alexander Kasatkin confessed to smoking as munitions were being unloaded from trains on October 9, 2012, in violation of safety regulations. He dropped a cigarette butt on the ground without making sure that it was extinguished, investigators said.

The Defense Ministry and the Orenburg district administration may sue for damages, the court representative said.