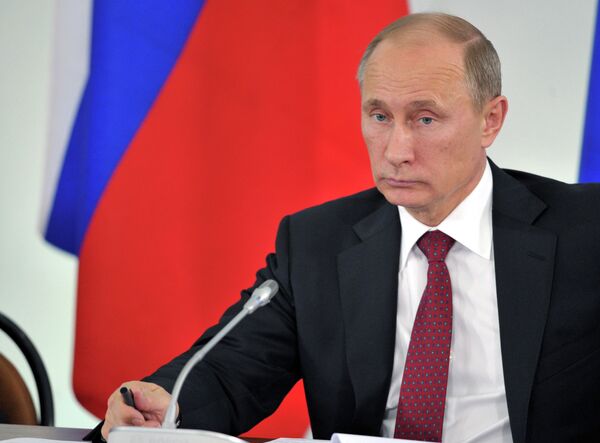 Russian President Vladimir Putin on Friday ordered a snap check of combat readiness to begin that night in the Eastern Military District.

The exercise will be the third non-routine check of combat readiness since the beginning of the year and follows a major shake-up at the top of a military establishment tarnished by persistent evidence of rampant corruption.

Putin on Friday told Defense Minister Sergei Shoigu to inform Russia’s foreign allies that the maneuvers would take place, adding that during the exercise “special attention should be paid to … the mobility of large military units ... and the provision of medical aid.”

Putin also ordered that rescue operations be held at sea involving submarines, adding that he could personally take part in the overall exercise.

Putin’s spokesman, Dmitry Peskov, reiterated to reporters that the president had “ordered the defense minister to inform Russia’s foreign partners about the upcoming drills, taking into account their scale and common international practice.”

Previous drills were held in late March in the southern Black Sea region, involving some 7,000 servicemen, 30 warships and hundreds of pieces of military hardware.