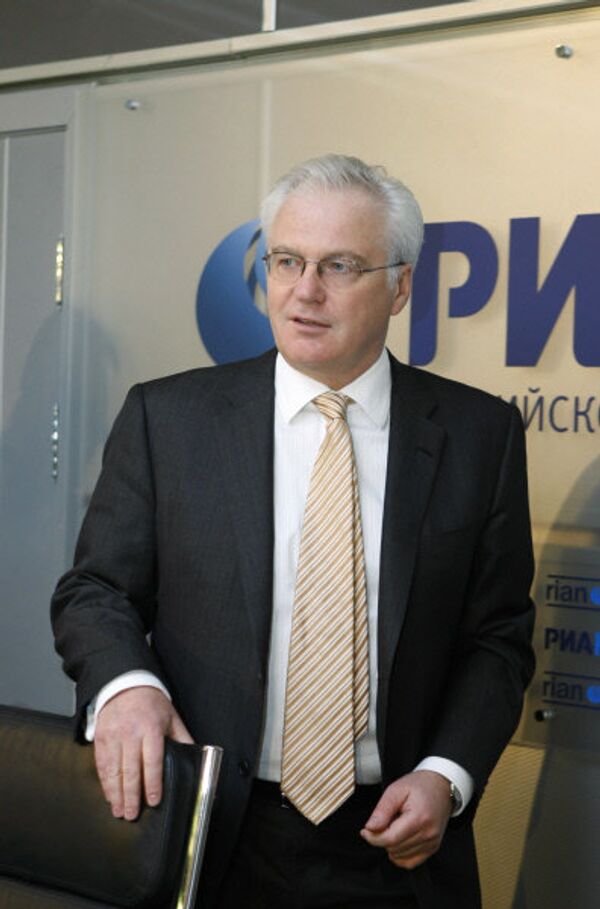 Ambassador Vitaly Churkin said Russian specialists had analyzed soil samples taken from the site of the reported chemical attack in Khan al-Assal, and determined that the nerve agent sarin was used and that it was not “industrially manufactured.”

"There is every reason to believe that it was the armed opposition fighters who used the chemical weapons in Khan al-Assal," Churkin said, adding that he had just handed over that report to UN Secretary General Ban Ki-moon.

The United States, however, contested the claim that Syrian opposition fighters had used sarin at any time during the two-year civil war.

“We have yet to see any evidence that backs up the assertion that anybody besides the Syrian government has had the ability to use chemical weapons or has used chemical weapons” in the war, White House spokesman Jay Carney said Tuesday.

Syrian President “Bashar Assad called for a UN investigation into the use of chemical weapons and then he blocked the ability of the United Nations to conduct that investigation,” Carney continued.

Last month, US President Barack Obama decided to lift sanctions on weapons sales to the Syrian rebels. Russia, on the other hand, is widely regarded as an ally of Syria’s ruling regime.

Together with China, Russia has vetoed several Western-backed Security Council resolutions designed to pressure Assad to end the use of force in his country, where fighting between government forces and rebels has claimed nearly 100,000 lives since March 2011.

Sarin, a colorless, odorless gas that causes respiratory arrest and death, has been classified as a weapon of mass destruction by the UN.

Updates throughout with quotes and background