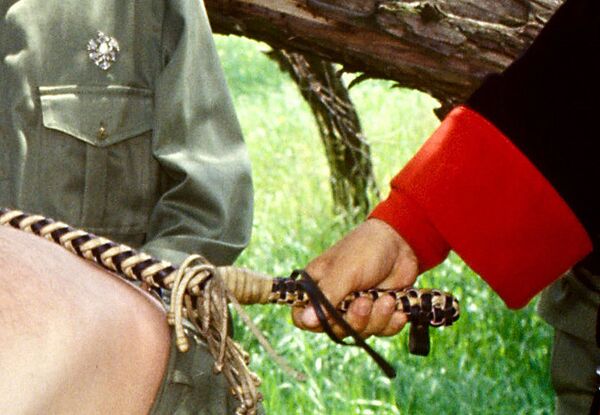 A Siberian regional lawmaker who has advocated the flogging of gay people in public said Tuesday that he intends to set up a group to protect Russians from homosexuals.

MOSCOW, July 9 (RIA Novosti) – A Siberian regional lawmaker who has advocated the flogging of gay people in public said Tuesday that he intends to set up a group to protect Russians from homosexuals.

“None of these people [homosexuals] are harmless, and they force us to defend ourselves,” said Alexander Mikhalov, a deputy in the Zabaikalsky region legislative assembly. “Real attacks on normal people are underway. We have to re-educate [homosexuals], or treat them. Homosexuality is a dead-end in Russia’s evolution.”

Russia has recently introduced controversial legislation aimed at limiting the promotion of homosexuality amongst minors. President Vladimir Putin signed bill into law on June 30 that seeks to ban the “promotion of non-traditional sexual relationships,” while insisting that gays have the same rights as other people.

The idea of creating a group to defend citizens against homosexuals is supported by large swathes of society, Mikhailov claimed, adding that gay people were particularly “active” on the internet. “We must attract attention to this problem,” he said.

It is not the first time Mikhailov has made outspoken remarks on the issue. Last month he proposed regional legislation that would allow paratroopers and Cossacks the right to beat homosexuals with a leather whip in public places.

Anti-homosexual feeling in Russia has appeared to swell in recent months with violent attacks on pro-gay rallies in Moscow and St. Petersburg, and the killing of two men, in the southern city of Volgograd and in the country’s Far East, which police said were probably motivated by homophobia.