Russian Leadership to Get Sneak Preview of New Armata Tank 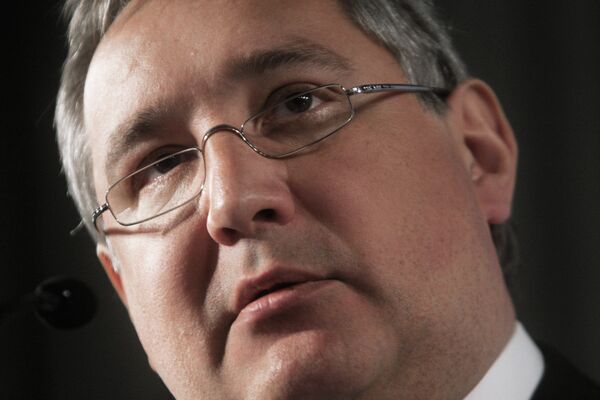 Several prototypes of the Armata, to become Russia’s main battle tank, will be privately shown to the country’s leadership during an arms expo in September, Deputy Prime Minister Dmitry Rogozin said Monday.

The tank, expected to enter the military in 2015, will reportedly feature a remotely controlled gun and fully automated loading, as well as a separate crew compartment made from composite materials and protected by multilayered armor.

“The Armata will be unveiled during a closed showing at the Nizhny Tagil arms expo,” Rogozin said on Ekho Moskvy (Echo of Moscow) radio. “Several prototypes will be shown exclusively to the Russian leadership.”

The Armata’s design incorporates aspects of other projects, including Object 195 and Black Eagle, according to manufacturer Uralvagonzavod.