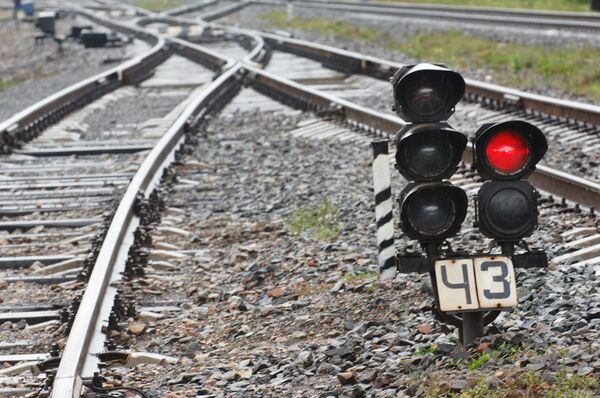 Summer heat might have distorted the tracks, causing the derailment, said the spokesman for Russia’s Emergency Situations Ministry, citing the locomotive’s engineer. A high of 33 degrees Celsius (90 Fahrenheit) was reported for the area that day.

The train had traveled some 4,000 kilometers (2,500 miles) from the Siberian metropolis of Novosibirsk when the cars derailed only 140 kilometers north of the final destination, Adler, on the Black Sea, according to information provided by the emergency official.

Adler is the southernmost district of the city of Sochi, which will host next year’s Winter Olympics.

The train was reportedly carrying some 600 people when the derailment occurred. According to preliminary information, no one was killed.

Russian media earlier reported that the disaster might have been caused by someone pulling the emergency break.