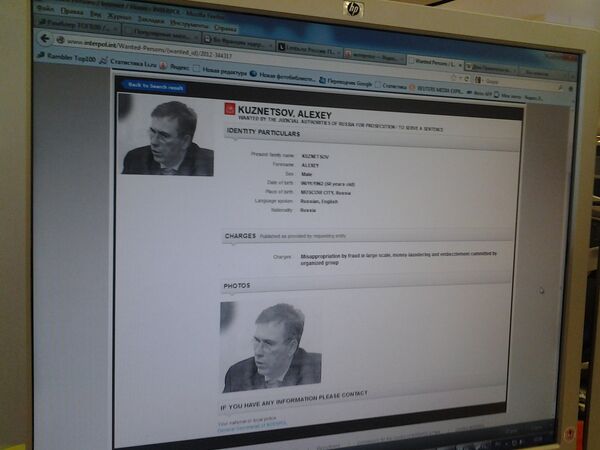 Alexei Kuznetsov was on an international wanted list since last November and is now pending extradition, the Interior Ministry said on its website.

The report gave no timeframe for the extradition. Kuznetsov, former deputy finance minister of the Moscow Region, reportedly moved to the United States in 2008.

The ex-official had several fake passports on him at the time of his detention, the ministry said.

Kuznetsov is accused of swindling the region of 3.5 billion rubles ($105 million) in 2005-2008 through fraud involving debts on utilities payments, the report said.

The region lost a combined 27 billion rubles ($800 million) through machinations with its assets perpetrated by Kuznetsov and three other suspects, investigators said earlier.

Kuznetsov’s deputy Valery Nosov was jailed for four years last year, and two others are on a wanted list.

Moscow Region’s credit rating was downgraded to SD (selective default) by Standard & Poor agency in late 2008. An Audit Chamber check in 2010 spoke only of ineffective management of funds, not deliberate machinations, but investigators eventually opened fraud cases against the four suspects.