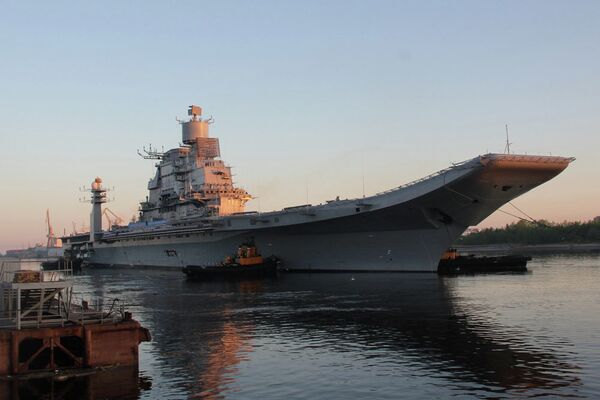 A Russian-built aircraft carrier refitted for the Indian navy started final sea trials on Friday in the White Sea, the Sevmash shipbuilder announced.

The Vikramaditya (formerly Admiral Gorshkov), which was refitted at the Sevmash shipyard in northern Russia, is due to be handed over in fall 2013. A mixed Russian-Indian crew is on board the warship, as the Indian sailors learn how to operate the vessel.

According to Budnichenko, the trials in the White Sea will continue for about 25 days and include the testing of maneuverability and other technical characteristics of the vessel.

After that, the Vikramaditya will sail to the Barents Sea, where the ship will be tested for aircraft takeoff and landing procedures.

A report on the results of the final trials must be passed to the Indian side on October 15, the official said.

The refit of the ship lurched from one crisis to another since India and Russia signed a $947 million deal in 2005 for its purchase and refit. Delivery has already been delayed three times, pushing up the cost of refurbishing the vessel to $2.3 billion, amid acrimony between Moscow and New Delhi over the contract.