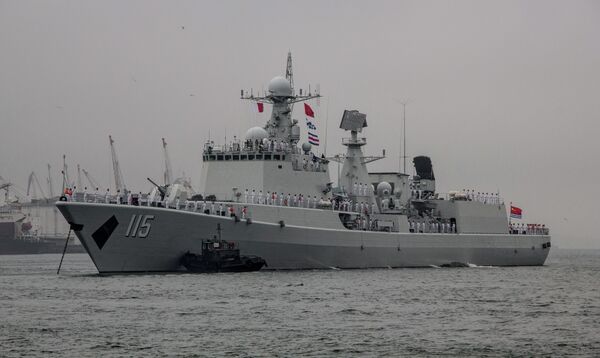 The Naval Interaction 2013 exercise will be held in the Sea of Japan between July 5 and 10 and involve about 20 Russian and Chinese warships and auxiliary vessels, as well as a dozen of aircraft.

At a welcome ceremony, Rear Adm. Leonid Sukhanov, deputy chief of the Russian Navy Main Staff, said it was the biggest Chinese naval task force ever to arrive at the main base of Russia’s Pacific Fleet.

“The Naval Interaction 2013 exercises are not directed against any third party and are not politically charged,” he said, adding that they should not be treated as a threat or warning to any country.