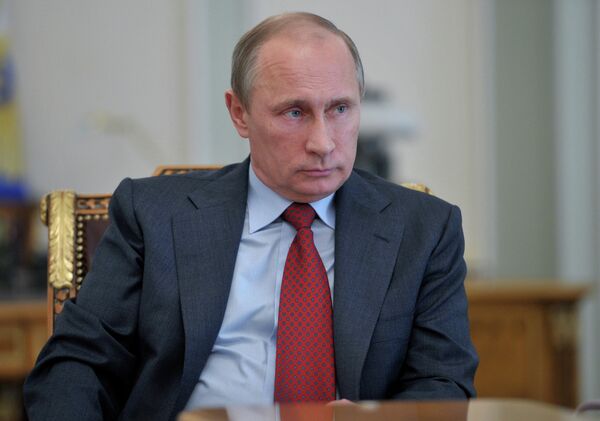 He said he had ordered that the law be amended to differentiate between non-governmental organizations involved in domestic politics and those that deal with social issues.

Many Russian NGOs involved in apparently apolitical activities, such as wildlife conservation and public health, have complained that they were targeted by prosecutors enforcing the law, which came into force in November 2012.

Rights groups in general have repeatedly criticized the legislation, saying the term “foreign agent” is synonymous for “spy.”

In support of the law on Thursday, Putin reiterated his stance that “if people engage in domestic politics and receive money from abroad, society has the right to know what that organization is and whose money is funding it.”

Participants at the meeting proposed that all Russian state funds allocated for supporting NGOs be distributed via the Civil Dignity public movement, led by revered activist Ella Pamfilova.

“Let us organize this work. I will give the relevant orders to the presidential administration,” Putin said in response to the proposal.

Pamfilova, who served as a presidential adviser on human rights under former President Dmitry Medvedev, replied that for her it would be a “tough decision” to accept the work. But, she added, “Thank you for the trust, both on behalf of human rights activists and the state authorities.”