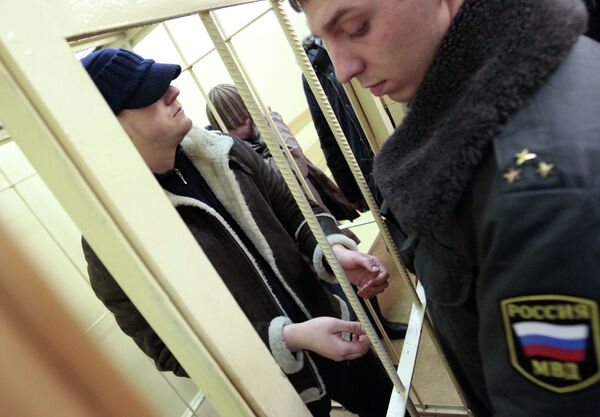 A court jailed a former Moscow Region official Thursday for masterminding a savage attack on a local environmentalist – a rare victory of justice in Russia, where organizers of high-profile attacks are seldom identified.

MOSCOW, July 4 (RIA Novosti) – A court jailed a former Moscow Region official Thursday for masterminding a savage attack on a local environmentalist – a rare victory of justice in Russia, where organizers of high-profile attacks are seldom identified.

However, the verdict did not implicate the then-mayor of the Moscow Region city of Khimki in the case, despite allegations from environmental activists that he was the real mastermind behind a spate of attacks on them in the late 2000s.

Former Khimki City Hall official Andrei Chernyshyov was given 6 1/2 years in prison for organizing the 2010 assault on activist Konstantin Fetisov.

The verdict said Chernyshyov was “motivated by personal interest in the form of careerism” and sought to stop Fetisov from campaigning against environmental violations by the Khimki administration.

Fetisov, 52, was attacked outside his house by several assailants, one of whom broke a baseball bat over his head. The environmentalist spent several days in a coma and was left with a permanent speech impediment and a titanium plate in his skull.

Chernyshyov denied involvement, and his defense said it would appeal after the jury found him guilty last week.

The man who broke the baseball bat over Fetisov’s head was earlier ruled insane. Two other suspected attackers were cleared by the jury last week, and charges against a third dropped because of the statute of limitations.

Another attacker was given four years in prison last November.

Fetisov was attacked at least once before the beating that left him in a coma. Fellow activist Mikhail Beketov saw his car blown up, his dog beaten to death with baseball bats and, finally, was himself brutally attacked in 2008, taking a beating that resulted in him losing a leg, several fingers and the power of speech. The attackers were never found, and Beketov died in April at the age of 55.

Chernyshyov’s boss, Khimki’s former mayor Vladimir Strelchenko, has for years battled accusations of corruption and environmental abuse, most notably the endorsement of the partial destruction of a local forest, which triggered mass protests in 2010. Strelchenko, who resigned in 2012, denied the allegations and has never faced a criminal investigation.