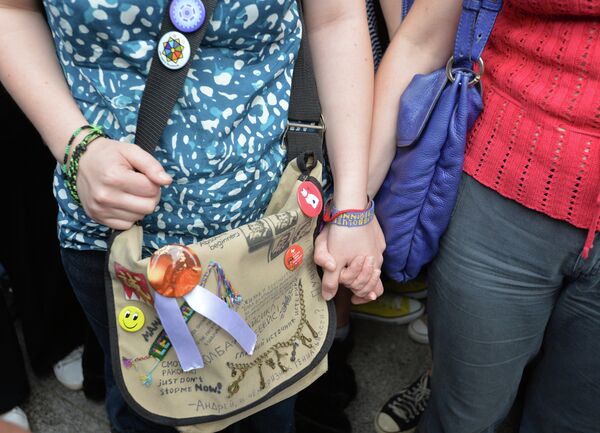 Three of the activists were lying face-down in a puddle of fake blood with pictures on their backs showing “real victims of homophobia,” LiveJournal user Lanka_Red wrote in a post about the demonstration, which took place outside the presidential administration building.

The fourth detained activist was standing nearby, holding a banner in protest of a recently introduced law that bans the promotion of “non-traditional sexual relations” in the presence of minors.

Permission from Moscow’s City Hall is required for any protest in which more than one person participates at a single time.

While critics of the ban on promoting “non-traditional sexual relations” allege that the measure violates the civil rights of gays in Russia, proponents say it shields children from harmful influences.