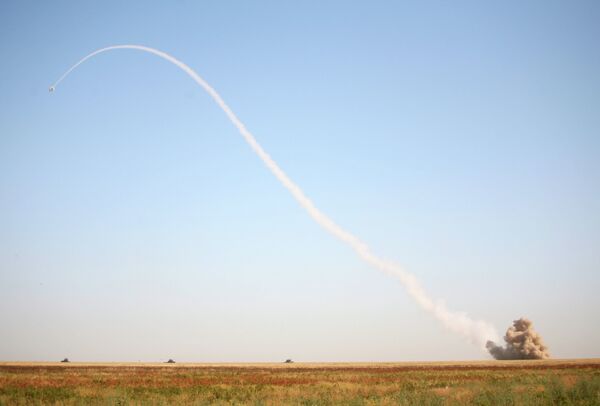 © RIA Novosti . Kirill Braga
/
Go to the mediabank
Subscribe
International
India
Africa
US intelligence officials believe Russia is violating a Soviet-era arms-control treaty with the United States by building a new medium-range missile banned under the agreement, a conservative US website reported.

WASHINGTON, July 1 (RIA Novosti) – US intelligence officials believe Russia is violating a Soviet-era arms-control treaty with the United States by building a new medium-range missile banned under the agreement, a conservative US website reported.

US intelligence officials believe the missile, which the Russian Defense Ministry describes as a new intercontinental ballistic missile (ICBM), is actually a medium-range missile that puts Russia in violation of the Intermediate-Range Nuclear Forces Treaty (INF) concluded between the United States and the Soviet Union in 1987, the Washington Free Beacon reported.

“The intelligence community believes it’s an intermediate-range missile that [the Russians] have classified as an ICBM because it would violate the INF treaty,” the conservative website cited one official as saying.

The Russian Defense Ministry announced earlier this month that it successfully tested a prototype of a new solid-fuel ICBM that is expected to replace the Topol-M and Yars missiles in the future.

The missile was fired from a mobile launcher at the Kapustin Yar testing range in the Astrakhan region and hit its designated target at the Sary Shagan testing range in Kazakhstan, the ministry said. 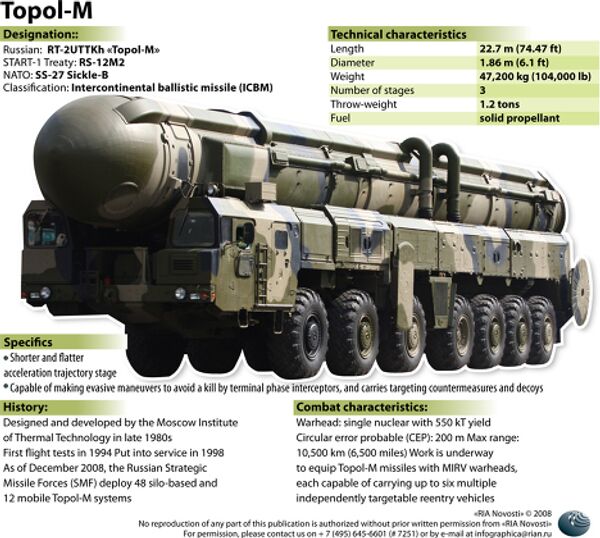 US intelligence officials said that according to internal assessments, the new missile that Russia tested earlier this month was an INF missile with a range of less than 3,418 miles (5,500 kilometers), the Free Beacon reported.

Victor Yesin, consultant to Russia’s chief of the general staff, told the website that the missile “is a Topol class ICBM, is not covered by the INF Treaty as its range is over 5,500 kilometers,” the website reported.

“Russia officially informed the US about that in August 2011,” Yesin, a former commander of Russia’s strategic forces, was quoted by the Free Beacon as saying.

The website noted an April 12 letter that two US Congressmen wrote to President Barack Obama in which they expressed concerns over “a massive Russian violation and circumvention of an arms control obligation to the United States of great significance to this nation and its NATO allies.”

The Republican authors, Rep. Howard “Buck” McKeon and Rep. Mike Rogers, did not specify the alleged violation in question but told Obama that Senate Intelligence Committee members had previously expressed their concern about “clear examples of Russia’s noncompliance with its arms control obligations.”

The Soviet Union and the United States signed the INF Treaty on December 8, 1987. The agreement came into force in June 1988 and does not have a specific duration.