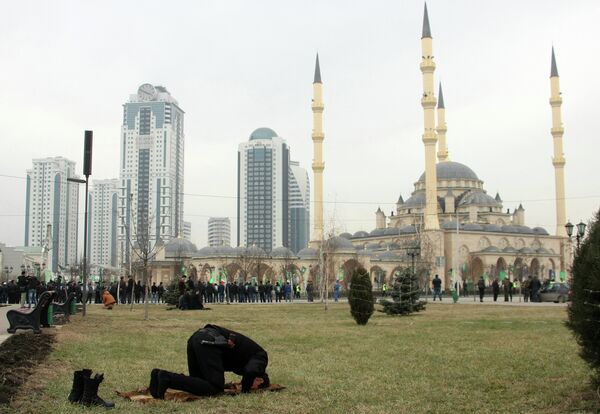 About 24 percent of Russians would welcome a decision allowing Chechnya to become its own country, according to an independent poll published Monday.

MOSCOW, July 1 (RIA Novosti) – About 24 percent of Russians would welcome a decision allowing Chechnya to become its own country, according to an independent poll published Monday.

However, 23 percent of respondents said they would be against independence for the North Caucasus region, where Russia has fought two bloody civil wars since the Soviet Union’s dissolution in 1991.

Twenty-seven percent of the poll’s 1,601 respondents, who represent 45 different Russian regions, said that granting independence to Chechnya “would not make a big impression” on them. About 12 percent said Chechnya had already separated from Russia, while 13 percent said they would not mind such a move. Only 10 percent strongly opposed it.

A spokesman for the Chechnya’s Kremlin-appointed leader denounced the survey on Monday, saying that “posing such questions is deplorable.”

“People who are not indifferent to the fate of Russia and the Russian people cannot ask such questions,” spokesman Alvir Karimov told Russian News Service radio.

Insurgency remains a pressing issue in Chechnya’s neighboring republics of Dagestan and Ingushetia, with attacks reported nearly daily. However, fighting in Chechnya has vastly diminished under strong-arm leader Ramzan Kadyrov, whom human rights groups have accused of despotism.

His spokesman said the survey, conducted last month by the independent Levada Center, painted an erroneously negative picture of Chechnya and the Chechen people. He added that Chechnya is Russia’s “most stable region.”

Notably, the number of respondents favoring independence was just slightly higher than last year, but it was 10 percent greater than in 2009. The level of anti-Chechen sentiment is almost as high as it was in 2005, when the insurgency was deeper rooted in and around the region. The survey had a margin of error below 3.4 percent.