Russia to Overhaul Academy of Sciences 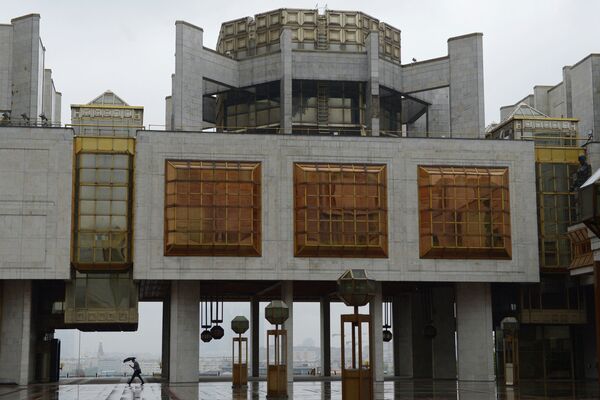 © RIA Novosti . Valeriy Melnikov
/
Go to the photo bank
Subscribe
The Russian government is to overhaul the nation’s Academy of Sciences, it announced on Thursday, including stripping it of the right to manage its property in apparent impatience with the state of the organization.

MOSCOW, June 27 (RIA Novosti) – The Russian government is to overhaul the nation’s Academy of Sciences, it announced on Thursday, including stripping it of the right to manage its property in apparent impatience with the state of the organization.

“It’s important to allow the scholars to focus on science and research and spare them of the irrelevant function of managing real estate and communal utilities,” Prime Minister Dmitry Medvedev said on Thursday.

Leasing out real estate was a major factor that ensured the academy’s survival in the 1990s, when Russian science saw severe underfunding and a massive brain drain.

The academy, founded by Tsar Peter the Great in 1724, will also be merged with state academies for agriculture and medicine, Livanov said. Three other state academies – for architecture, education and fine arts – will be stripped of their autonomy and become directly state-run.

The academy was not consulted by the reform’s authors, a source at the academy told RIA Novosti. The presidium of the Russian Academy of Sciences set up a closed session on Thursday for reasons which were not clear.

The reform announcement follows a spate of recent government criticism of the academy, which it has accused of ineffectiveness. Critics have called it a “gerontocracy,” and Livanov described it in March as “unsustainable and with no future.” Academy leadership refuted allegations of ineffectiveness and had Livanov apologize for his statement.

A bill on the reform will be filed next week with the State Duma, the lower house of the federal parliament, a spokeswoman for Medvedev said.

The Duma may be able to fast-track the bill before the end of its spring session on July 14, said head of its education committee, Vyacheslav Nikonov.

The Russian Academy of Sciences elected a new president in May, replacing mathematician Yury Osipov, 76, in the job since 1991, with physicist Vladimir Fortov, 67.

Fortov said after the elections that the academy needs to keep its real estate – which is formally owned by the state – but also promised to bring new blood into the organization and cut excessive paperwork that hampered researchers’ studies.