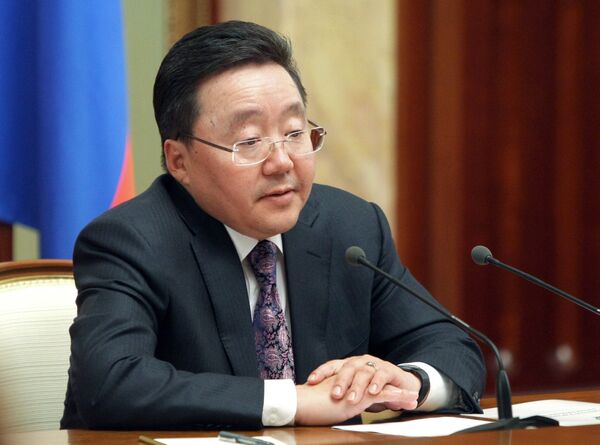 Elbegdorj, who represents the Democratic Party of Mongolia, garnered 50.22 percent of the vote in Wednesday's election with a turnout of 64 percent, while his principal rival, Bat-Erdene Badmaanyambuu of the Mongolian People's Party, received 41.48 percent, the commission said.

The election was monitored by about 335 observers from 34 countries.

Elbegdorj, a professional journalist, was an initiator of the freedom of the press law in Mongolia and was editor-in-chief of Mongolia’s first independent newspaper.

Last year, he became the first foreign leader to be shown around Iran’s main uranium enrichment plant in Natanz.

He is married with 25 children, including 20 adoptees.