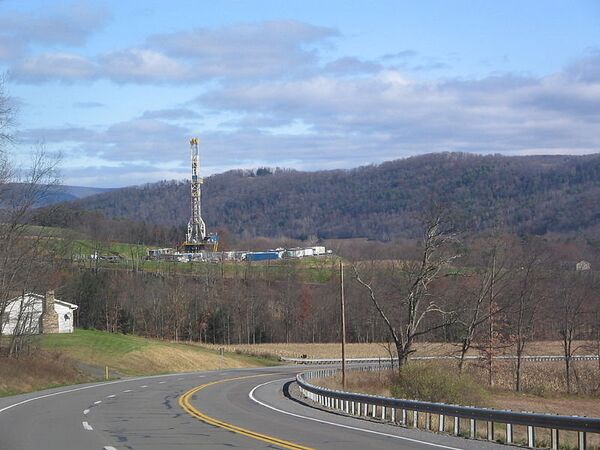 A group of 10 officials from Ukraine visited the shale oil-rich state of Pennsylvania this week to learn about shale gas extraction, the office of Pennsylvania Rep. Tim Murphy, who hosted the delegation, said Wednesday.

WASHINGTON, June 26 (RIA Novosti) –A group of 10 officials from Ukraine visited the shale oil-rich state of Pennsylvania this week to learn about shale gas extraction, the office of Pennsylvania Rep. Tim Murphy, who hosted the delegation, said Wednesday.

The main reason for the trip to Pennsylvania “was to learn about technology, about environmental problems,” related to shale gas extraction using the controversial method of hydraulic fracturing, or fracking, lawmaker Sergey Klyuiev, who led the Ukrainian delegation, said in a statement.

Fracking proponents say it is a very efficient way to extract gas from shale, but it has been blamed for polluting water supplies and even causing earthquakes.

Shale gas extraction by fracking has, since 2008, created 245,000 direct and indirect jobs in Pennsylvania, according to numbers cited by the Pennsylvania Department of Labor and Industry.

Ukraine signed a $10 billion, 50-year production sharing deal with Royal Dutch Shell in January to extract natural gas from shale rock, and is in negotiations with Chevron on a second shale gas project, but the start of production is thought to be several years away.

Ukraine’s shale gas reserves are believed to be some of the largest in Europe, and extracting natural gas from those vast shale rock formations would allow the former Soviet republic to reduce and possibly even end its reliance on Russia for gas.

The Ukrainian officials held talks Monday in southwestern Pennsylvania – the hub of the state’s shale gas extraction -- with local business groups, environmental organizations and members of the Marcellus Shale Chamber, which focuses on shale gas exploration and economic development, and takes its name from the Marcellus shale formation that spans five eastern states, including Pennsylvania.

The delegation traveled to Washington on Tuesday, and is due to return to Ukraine later this week, Murphy’s office said in a statement.