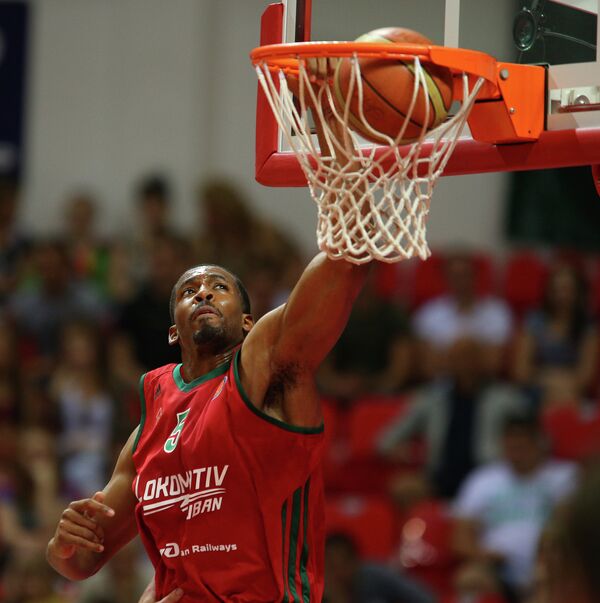 Brown, 25, has played for the team from southern Russia since October, after he was released by the San Antonio Spurs in NBA pre-season.

During his time at Lokomotiv, the team recorded its best-ever season, winning the Eurocup and reaching the finals in Eastern Europe’s VTB United League.

“It’s a fairly rare occurrence when an American basketball player who hasn’t played in Europe gets the hang of things so quickly in his first season.”

Brown had said he wanted to go back to the NBA, but Vedishchev said the player from Oakland, California, was tempted by the guaranteed two-year deal on offer in Russia and deterred by the unpredictability of NBA roster selection.

“First Derrick would probably have had to go through the sieve of selection camps, and even that wouldn’t give him security until the end of the specified time on a contract,” he said. “We offered him a guaranteed two-year contract.”

The club did not say how much Brown would be paid over the course of the deal.

Last season in the VTB League, Brown averaged 11.8 points and 4.0 rebounds in 24 games, while in the Eurocup he bagged 17.06 points per game.

Brown played 171 NBA games for the Bobcats and the Knicks between 2009 and last year.