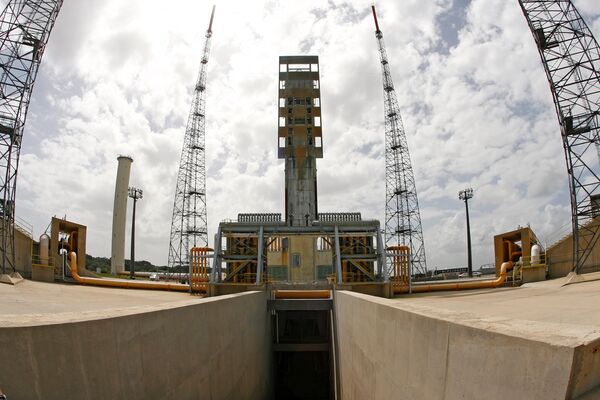 The carrier rocket was initially scheduled to blast off on Monday night, but the launch was postponed due to poor weather conditions.

Four O3b Networks satellites, which were put by Russia’s ST-B carrier rocket in orbit, were designed and built by Thales Alenia Space to become a part of the first medium Earth orbit satellite constellation providing broadband internet access in remote areas of the world.

Another four satellites for the network are planned to put into orbit next year. Tuesday’s blastoff was the fifth Soyuz launch from the Guiana Space Center, on the northeast coast of South America.

The Soyuz-ST is a modification of the three-stage Soyuz-2 rocket with a Fregat upper stage adapted for launch in high heat and humidity prevalent in Kourou. It is fitted with a radar transponder allowing its location to be monitored and controlled in flight.