Russian Child Rights Ombudsman Astakhov in US for Talks 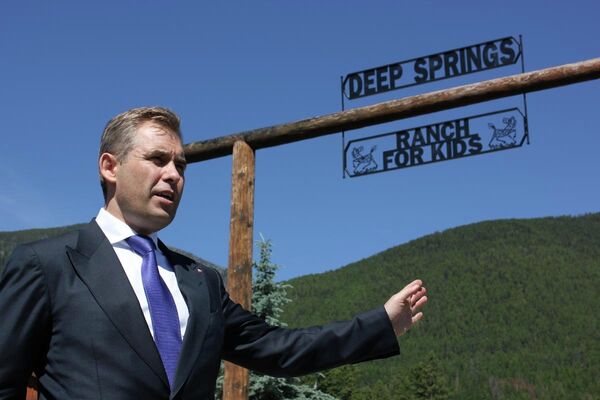 WASHINGTON, June 25 (RIA Novosti) – Russian Child Rights Ombudsman Pavel Astakhov is holding talks in Washington on Tuesday with US officials that are expected to include Moscow’s controversial ban on American adoptions of Russian children, officials said.

Russian Embassy press officer Yevgeni Horishko told RIA Novosti that Astakhov and Foreign Ministry Human Rights Commissioner Konstantin Dolgov arrived in the United States Monday and are due to hold talks with officials at the State Department, although he did not specify with whom the two officials would meet.

The talks will be held behind closed doors, but Astakhov is scheduled to hold a news conference on Wednesday, Horishko said.

The State Department did not immediately respond to a request from RIA Novosti for more details on the meetings.

The two Russian officials are also scheduled to meet this week with representatives from other US government agencies, including the Justice Department, and with senators and American adoptive families.

But Horishko denied reports that the Russian officials will travel from Washington to Montana to visit the Ranch for Kids, a refuge for children, including Russians, whose adoptive parents are having difficulty coping with their new family members.

In an interview on Monday with Russian state television Russia 24, Astakhov cited reports from the United States that said the Montana refuge for children had been sold, and said he intended during his US visit to “get an answer -- what happened to the children?"

Joyce Sterkel, the recently retired founder of the Ranch for Kids, told RIA Novosti that reports that the children’s refuge has been sold were “absolutely false” and that none of the children at the facility in the Rocky Mountains have been abandoned.

Only three Russian children are currently at the facility, she added.

Moscow blocked adoptions of Russian orphans in January, days after US President Barack Obama signed the controversial Magnitsky Act, which freezes the US assets of Russian officials who have been branded human rights violators and bars them from getting entry visas to the United States.

The adoption ban left an estimated 278 orphans who were well into the process of being adopted by American families in limbo in orphanages in Russia.