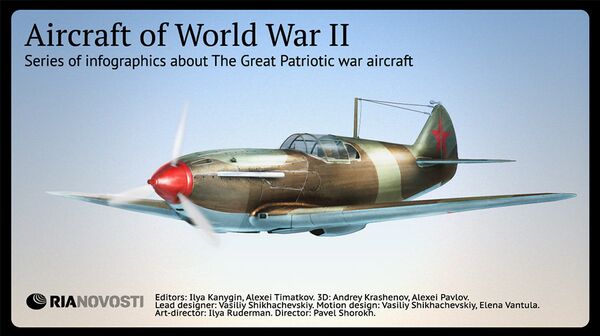 In 1943, fierce air battles raged between the Nazi invaders and the Soviet Air Force in the skies above the Krasnodar Territory. For three months the best aces and the most advanced aircraft fought each other above the southern bridgehead of the Soviet-German front.

The Luftwaffe and the Soviet Air Force committed about 1,000 warplanes each to the battle. On some days, 50-100 aircraft fought on each side.

Although it seemed that nothing could break the enemy, the Soviet engineers and brave pilots managed to triumph.

After many heavy battles, the Soviet forces established air supremacy.

The USSR and Germany lost about 750 and 1,100 aircraft respectively. These military planes have gone down in history.

Find out more about the aircraft that defeated the Nazis on the RIA Novosti website.