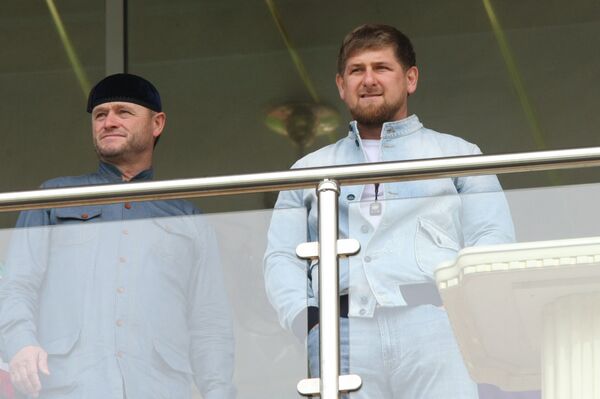 Chechen leader Ramzan Kadyrov rebuked UEFA on Saturday for what he called a “politicized” decision to extend a ban on European football in Russia's North Caucasus.

MOSCOW, June 22 (R-Sport) – Chechen leader Ramzan Kadyrov rebuked UEFA on Saturday for what he called a “politicized” decision to extend a ban on European football in Russia's North Caucasus.

At an emergency session on Wednesday, European football's governing body ruled last year's suspension on continental action anywhere in the group of seven southern provinces should continue into 2013-14 for security reasons.

UEFA ordered Europa League entrants Anzhi Makhachkala, normally based in the most volatile province of Dagestan, to nominate a home arena outside the North Caucasus by the end of the month.

The ban did not affect Kadyrov's club Terek Grozny, who finished eighth and failed to qualify for Europe, but the 36-year-old leader still vented anger at it.

“This decision carries a discriminatory character, is politicized and has nothing to do with football,” Kadyrov wrote on social network Instagram. “Instead of studying the situation in the region, the (UEFA) committee accepted the recommendations of Western governments.”

“In Chechnya, we have held over 100 matches, including the Russian Cup final, without a single incident,” said Kadyrov. “We don’t understand what danger is UEFA talking about. This decision is offensive to the whole of Russian football. We want to live normally, develop and play football, and they don’t like it.”

Kadyrov, who is honorary president at Terek, claimed security problems are much more acute in Europe than in the Caucasus region, where fans “don’t burn cars or organize mass brawls.”

Anzhi played European games in Moscow last season, but with Luzhniki Stadium closing for reconstruction this summer it may be a problem to find an alternative venue. The most likely solution seems to be the Saturn stadium in Moscow Region city of Ramenskoye, just five kilometers from Anzhi’s base in the suburban town of Kratovo.

Last month Makhachkala, the capital of Dagestan, was the site of twin blasts that killed four people hours before Anzhi hosted Lokomotiv Moscow in a league match that passed without incident. A suicide bombing in Dagestan five days later killed one and injured 13.