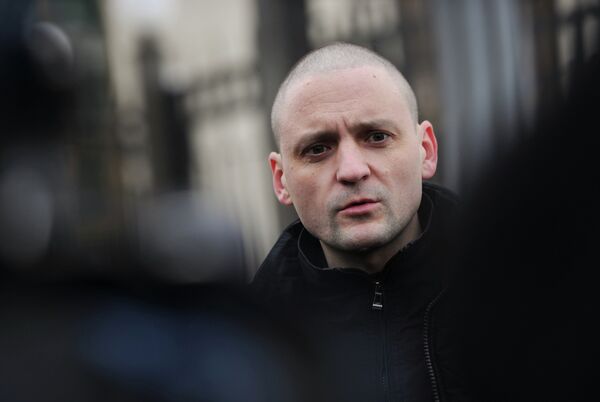 Razvozzhayev’s lawyer his lawyer Dmitry Agranovsky told RAPSI that the opposition activist, who had previously been accused by investigators of attempting mass disturbances, has been now formally charged with having organized riots.

The Russian Investigative Committee said in a statement on Wednesday that the two opposition activists refused to testify and pleaded not guilty.

“Both Razvozzhayev and Udaltsov were questioned, both did not admit their guilt and refused to give testimony. The investigation of this criminal case continues,” the statement reads.

Updates with information about Udaltsov's charges and the Investigative Committee's statement