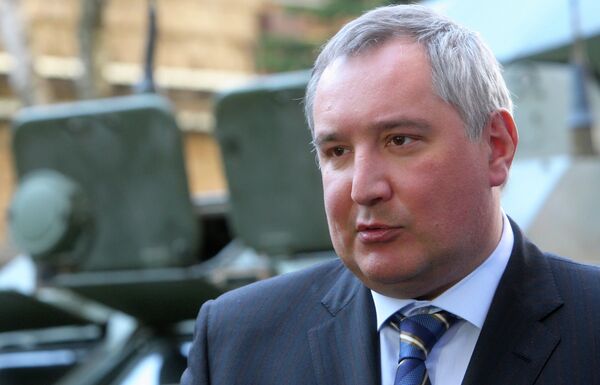 © RIA Novosti . Sergei Mamontov
/
Go to the photo bank
Subscribe
Russian officials on Wednesday expressed doubts over new nuclear arms reductions proposed by US President Barack Obama in light of US global missile defense plans and attempts by other counties to boost their nuclear arsenals.

MOSCOW, June 19 (RIA Novosti) – Russian officials on Wednesday expressed doubts over new nuclear arms reductions proposed by US President Barack Obama in light of US global missile defense plans and attempts by other counties to boost their nuclear arsenals.

Obama said in a speech in Berlin earlier Wednesday that he would negotiate to cut another one-third of US and Russian nuclear arsenals and seek “bold reductions in US and Russian tactical weapons in Europe.”

Shortly before Obama’s speech, Yury Ushakov, senior foreign policy adviser to Russian President Vladimir Putin, said the Kremlin had been informed in general about the new US proposal but reiterated Russia’s position that other nuclear powers would have to make steps on further nuclear arms reduction in order for Obama’s plan to work.

“The situation now is not like in the 1960s and 1970s, when only the United States and the Soviet Union held talks on reducing nuclear arms,” Ushakov told reports in Moscow.

"Now we need to look more broadly and expand the circle of participants in possible contacts on this matter," he said.

Russian Deputy Prime Minister Dmitry Rogozin was even more brazen in his response, saying Russia could not “take seriously” Obama's nuclear cuts proposal while the United State was developing its missile defense system.

"How can we take seriously this idea about cuts in strategic nuclear potential while the United States is developing its capabilities to intercept Russia's nuclear potential,” Rogozin told reporters in St. Petersburg.

Rogozin, who oversees Russia’s defense industry, said an arms race involves both offensive and defensive weapons in a vicious circle.

“To show the lack of understanding of this [by proposing further nuclear cuts] – means either openly lying, bluffing and deceiving, or demonstrating a deep lack of professionalism,” Rogozin said.