Hatch of ATV-4 Remains Closed after Docking with ISS 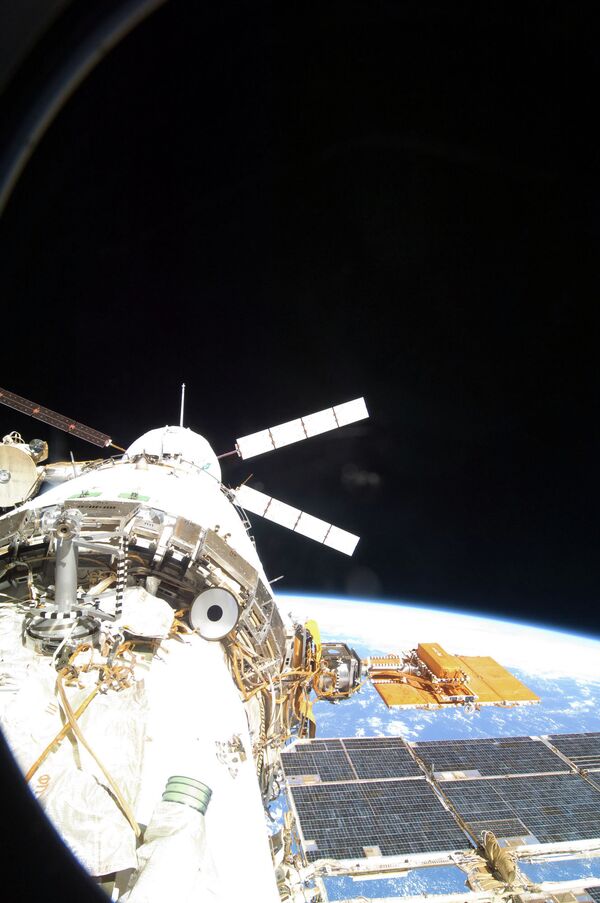 The fourth Automated Transfer Vehicle (ATV-4) of the European Space Agency (ESA) was launched atop an Ariane 5 rocket from the Kourou space center in French Guyana on June 5 and docked with Russia’s Zvezda module of the ISS on Saturday afternoon. The planned hatch opening and initial ingress was expected on Monday.

The European Space Agency said on Monday evening that the spacecraft was in good technical condition and that hatches will be opened within the next few days.

ATV-4 mission chief Alberto Novelli said the hatch opening was delayed because of differences and ongoing discussion between ESA and Roscosmos about the procedure of the crew’s entering into the spacecraft.

The Spaceflight101 portal said the delay was due to possible "mold and bacteria contamination on three cargo bags that are inside the spacecraft” and that a decision is yet to be made on whether the crew should use anti-mold kits to clean ATV-4 cargo before taking it inside the ISS.

“During the final GO/No GO Poll, teams at Mission Control Moscow decided to delay the opening to review some concerns associated with mold build-up inside the ATV spacecraft,” the website said. “The level of contamination poses no risk to the crew members, however, teams want to make sure the problem is taken care of in order to protect the atmosphere aboard the space station.”

The resupply spacecraft is to deliver more than 6.5 metric tons of cargo to the station, including fuel, water, oxygen, food and equipment. It will remain docked with the ISS until October 28, when it will be deorbited and sunk in non-navigational areas of the Pacific Ocean.