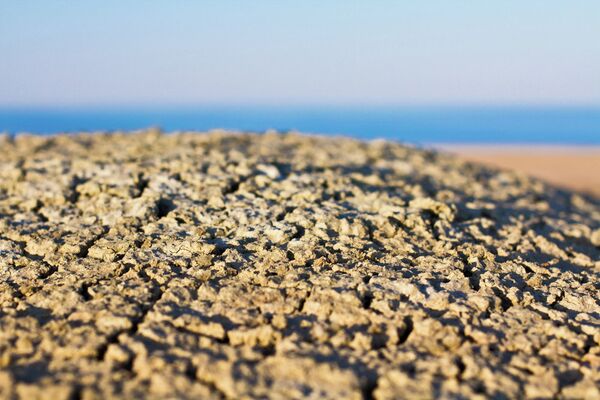 © Photo : Alexei Kulikov
Subscribe
International
India
Africa
The Aral Sea, which has been shrinking for almost half a century causing an environmental disaster in Central Asia, has finally stopped drying up, a Russian scientist said on Tuesday.

MOSCOW, June 18 (RIA Novosti) - The Aral Sea, which has been shrinking for almost half a century causing an environmental disaster in Central Asia, has finally stopped drying up, a Russian scientist said on Tuesday.

“The sea is currently close to a balance because its surface has shrunk so much that evaporation has gone down too, so that even the insignificant river and underground water flow balance the sea,” Pyotr Zavyalov of the Russian Academy of Science's Oceanology Institute told a panel of scientists.

Divided between western Uzbekistan and Kazakhstan, the Aral Sea began shrinking in the 1960s, following a massive diversion of water for agriculture use from the two main rivers that fed it. Historians say that Soviet projects to irrigate vast areas of Central Asia, mostly for cotton farming, were part of a Communist doctrine of "conquering" nature and bending its rules to the needs of the future utopia.

Collective farms striving to boost cotton production used up huge amounts of fresh water in their irrigation systems, leading to the Aral Sea shrinking significantly by the 1970s, according to Soviet-era reports. The limited amount of water which reached the sea was filled with agricultural chemicals and pesticides.

Once as big as Ireland, the sea was once home to an extremely diverse ecosystem environmentalists dubbed “the Central Asian Amazon.” By the time the Soviet Union collapsed in 1991, the sea had lost 90 per cent of its water and had been reduced to three small bodies of water, two of which are almost devoid of life.

The sea's northern section, which lies in Kazakhstan and is known as the Small Aral, has been surrounded by an artificial dam and is now recovering, and the residents of some fishing villages abandoned decades ago have now returned. But the two southern parts are now filled with extremely salty water whose only inhabitants are tiny crustaceans and bacteria, scientists say.

As a result of the sea’s desiccation, sizeable areas of arable land in parts of Uzbekistan, Kazakhstan and Turkmenistan are now covered with toxic salt, poisoning the soil and causing health problems such as cancer, tuberculosis and anemia, the UN says.

A gargantuan plan to supply the evaporating sea with water from Siberian rivers was abandoned in the 1980s due to high costs and unpredictable environmental consequences.