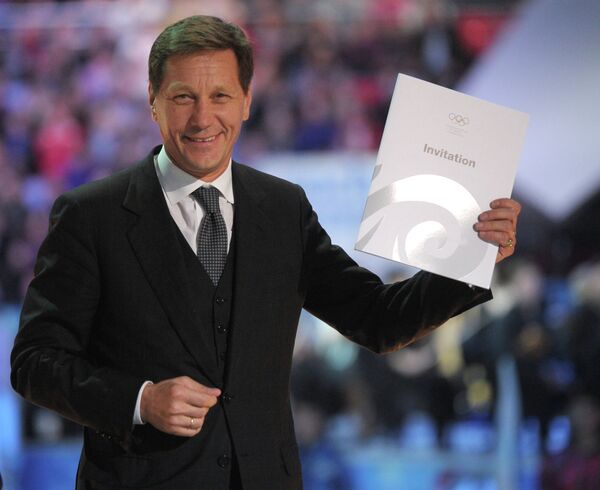 Russian Olympic Committee president Alexander Zhukov has assured the international wrestling federation his organization will continue to campaign for wrestling’s reinstitution as an Olympic sport.

While details of the meeting are unknown, Zhukov “assured FILA’s leadership of his continuing support” to get wrestling back on the Olympic program in 2020, Russian Wrestling Federation general secretary Georgy Bryusov was quoted as saying by the federation website on Saturday.

The International Olympic Committee (IOC) cut the ancient sport from the 2020 Games in February, prompting outrage in global wrestling circles. FILA - the International Federation of Associated Wrestling Styles - has since pledged to introduce rule changes aimed at making the sport more viewer-friendly.

Efforts have begun to pay off as the IOC last month included wrestling on a shortlist of three sports vying for a place at the 2020 Games, which will be held in either Tokyo, Madrid or Istanbul. Squash and a joint baseball and softball bid are the other finalists.

The IOC will make a final ruling in September in Buenos Aires.