White Deaths Exceed Births in US For First Time – Report 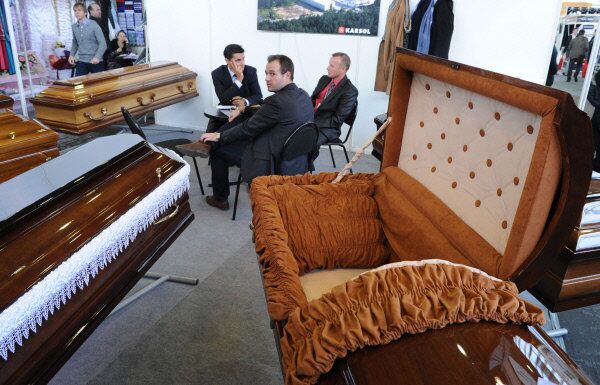 Deaths among white people in the United States exceeded births for the first time last year, census data released Thursday indicate, in what the Washington Post described as a “surprising” first for the country.

WASHINGTON, June 13 (RIA Novosti) – Deaths among white people in the United States exceeded births for the first time last year, census data released Thursday indicate, in what the Washington Post described as a “surprising” first for the country.

This net “natural” decline in the white population was offset by immigration of white people from several countries, including Russia, resulting in slight overall growth of the white population, the Post said in an article analyzing the data released by the US Census Bureau.

According to the census data, around 12,400 more white people died in the United States over the past year than were born, a phenomenon the paper described as a “surprising slump” that appeared more than a decade earlier than the predicted start of a gradual, steady decline in the US white population.

“We’re jumping the gun on a long, slow decline of our white population, which is going to characterize this century,” the Post quoted William Frey, a demographer with the Brookings Institution think tank, as saying of the numbers.

In a statement, the census bureau also noted that Asians were the fastest-growing race or ethnic group in the US population last year.

The Census Bureau said the Asian population in the United States rose by 530,000 people, or 2.9 percent, to 18.9 million. More than 60 percent of that growth was the product of international immigration, it said.

The Post cited several factors for the decline in white births, including a trend for women of all races who have college degrees to delay marriage and childbearing until at least their late 20s. It said white women are “far more likely” to be childless than are Hispanic or African American women.