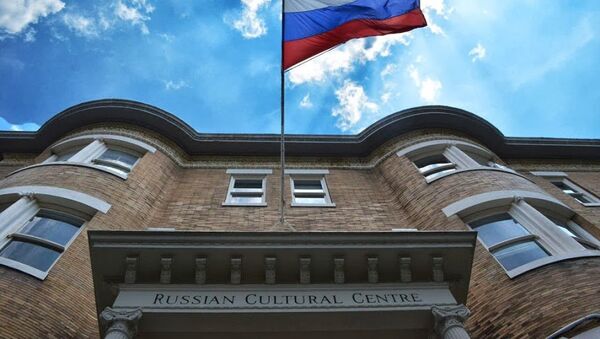 © RIA Novosti . Karin Zeitvogel
Subscribe
A Cossack general in full regalia and rimless fur hat treated a group of Russian Americans to a glimpse of Russian history as they marked Russia Day on Wednesday in Washington.

WASHINGTON, June 12 (RIA Novosti) – A Cossack general in full regalia and rimless fur hat treated a group of Russian Americans to a glimpse of Russian history as they marked Russia Day on Wednesday in Washington.

On a table in the sunlit foyer of the Russian Cultural Center, Sergei Tsapenko laid out a collection of military medals, coins from the days of the Russian Empire and the Soviet Union, a silver Cartier pocket watch allegedly made for a Russian royal, and a scrapbook that included carefully preserved photographs, postcards, typed and handwritten letters and notes chronicling the lives of Russian expatriates, including Cossacks.

“There is nothing like this book, anywhere,” said Tsapenko, who is the “ataman,” or leader of the Council of Cossacks in America, and has won prizes at international militaria shows for his extensive collection of Soviet and Russian imperial military memorabilia.

Cossacks were feared and revered in tsarist Russia, where the skilled horsemen secured the borders of the empire. Many Cossacks fled Russia after the revolution of 1917 and ensuing civil war, in which most of them fought on the side of the White Army against the Bolsheviks. 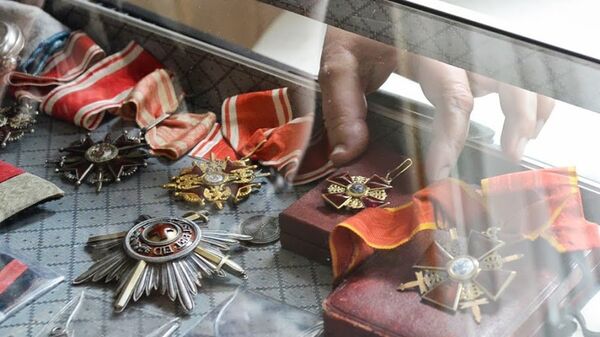 Tsapenko’s scrapbook gave an enthralled audience of fellow Russian expats a potted history of the Cossacks and other proud military men in tsarist and Soviet Russia, and their transition to life in the United States.

The Cossack general in his scarlet uniform was one of two dozen Russian Americans from around the United States who had traveled to Washington to celebrate Russia Day and attend the meeting of the Russian Compatriots in America, a global organization that uses Russia’s rich cultural heritage to build a bridge between expatriate Russians and their adopted homes.

“We’re probably the biggest expatriate population in the world after the Chinese,” Natalie Sabelnik, president of the Congress of Russian Americans, who had travelled to Washington from San Francisco for the meeting and a celebration in the evening at the Russian embassy, told RIA Novosti. 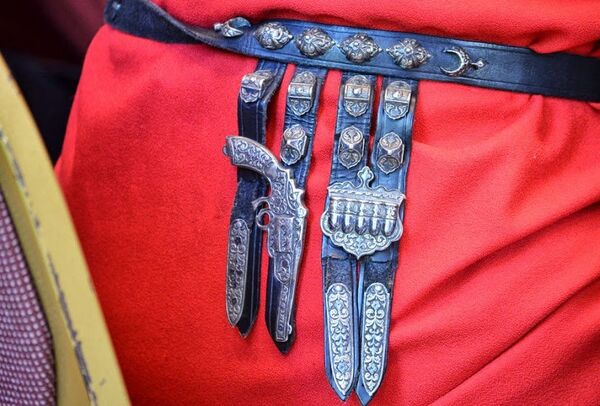 In the United States, the Russian-speaking community has been estimated at between 2.5 million and 4 million people, according to various sources.

“We know that relations between the United States and Russia have never been very stable, and we try to make them better by introducing people to our culture,” said Regina Khidekel, an art historian who has been in the United States for some 20 years.

The Compatriots are active in at least a dozen US states and have helped to organize and publicize art exhibits in Washington and New York, a tour of historic homes in Galveston, Texas; and a theater festival of works performed in Russian, which opens in New York on Thursday.