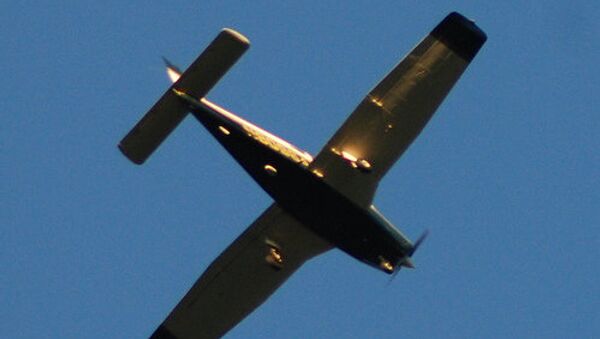 © Flickr / BobMacInnes
Subscribe
International
India
Africa
A Russian pilot landed his defective light aircraft four times in one day, including once on a main road, to refuel, local prosecutors said on Tuesday.

MOSCOW, June 11 (RIA Novosti) – A Russian pilot landed his defective light aircraft four times in one day, including once on a main road, to refuel, local prosecutors said on Tuesday.

The local transport prosecutors’ office launched an investigation after seeing numerous media reports about a light aircraft landing on a main road northwest of Moscow at about midday on May 12.

The pilot, Shamil Ismagilov, was trying to fly a Piper aircraft from a landing field in the Leningrad Region to another one around 500 miles (800 km) away near Nizhny Novgorod, the prosecutors’ office said in a statement. However, he did not make it more than half way.

He finally landed at an airstrip in the Tver Region at around eight in the evening, where an air traffic controller banned him from taking to the skies again, the statement said.

Further checks revealed he did not have permission to fly, and he now faces an administrative charge over infringing airspace regulations, the statement said.

Since then, increasing numbers of accidents have occurred involving light aircraft which are not registered, pilots who are not licensed, or pilots breaking the rules, according to accident reports from the Moscow-based Interstate Aviation Committee (MAK).