Putin Warns US Against Imperialism 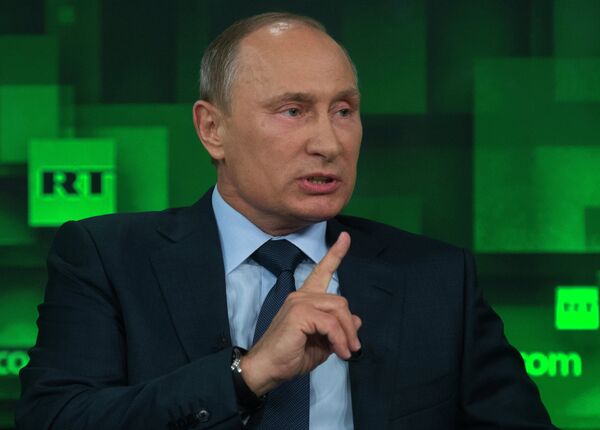 “Following the collapse of the Soviet Union, for some time the US became a sole leader, but this turned out to be a kind of an ordeal as the United States started feeling like an empire, and an empire gives rise to certain elements not only in foreign but also in domestic policy,” Putin said in an interview with Russia Today.

The Russian leader said the US leadership now understands that “the main problems of today’s world cannot be resolved alone.”

“An empire cannot allow itself to show weakness. Any attempt to come to an agreement on a parity basis within the country is perceived as weakness, and the country’s leadership cannot allow this on domestic policy grounds,” Putin said.

Putin said Russia and the United States have “practically no ideological contradictions now,” except that the United States’ identity is based on individual ideas and Russia’s focuses on a collective approach.