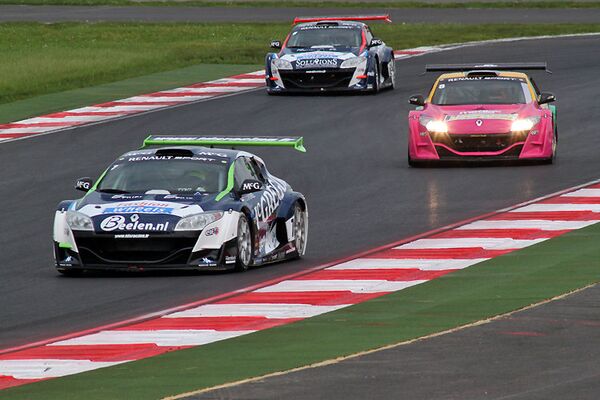 The World Touring Car Championship’s first Russian race stopped on lap four Sunday due to a crash, pending a restart.

On the first turn of the first lap, Charles Ng clipped Fredy Barth on the rear, spinning the German out of control and leaving his BMW blocking the track, causing a pile-up with Darryl O’Young and Russian rookie Nikolai Karamyshev.

With smashed cars and debris scattered across the racing line, the safety car was called out for three laps before the race was stopped.

At the restart, championship leader Yvan Muller will start from first, ahead of Tom Coronel, Norbert Michelisz and ex-champion Rob Huff.

The main position change sees James Thompson up to fifth on his Lada team’s first home race, dropping Gabriele Tarquini down a place.

Drivers start in their positions at the time the race was stopped. They are free to change tires on the grid before the restart.

Eleven laps remain to be run.