Russian Missile Forces to Hold 200 Drills in Next 6 Months 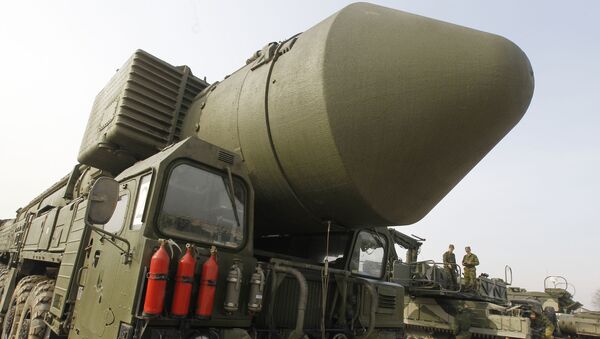 Russia’s Strategic Missile Forces will conduct over 200 exercises in the next six months, the Defense Ministry has said.

MOSCOW, June 7 (RIA Novosti) – Russia’s Strategic Missile Forces will conduct over 200 exercises in the next six months, the Defense Ministry has said.

“During the summer training period, the SMF is planning to hold over 200 exercises, including tactical drills at the division-regiment level as well as command post exercises at the army level,” spokesman Col. Igor Yegorov said Thursday.

Russia's SMF plans by 2016 to modernize its command-and-control systems in order to improve their ability to overcome missile defenses and increase the survivability of delivery vehicles.

At present, six types of silo-based and mobile ICBM systems are on combat duty with the SMF, including the heavy Voyevoda (SS-18 Satan), capable of carrying 10 warheads, the Topol-M (Stalin) and RS-24 Yars systems.

On Thursday, SMF successfully tested a prototype of a new solid-fuel intercontinental ballistic missile (ICBM), which is expected to replace Topol-M and Yars in the future.