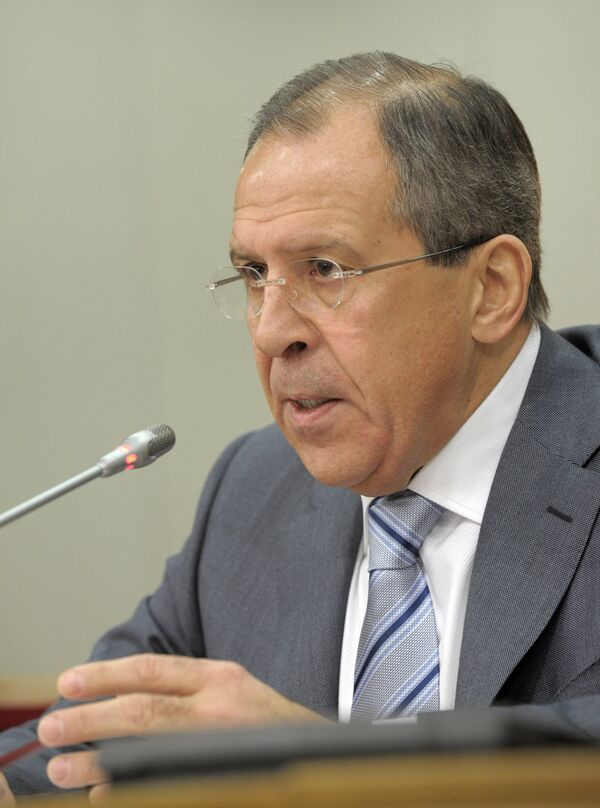 “We are disturbed by statements coming from leaders of the so-called Free Syrian Army as well as from some US representatives, to the effect that support for the armed opposition will continue in order to restore the military balance on the ground,” Foreign Minister Sergei Lavrov said. “That is a road to nowhere.”

President Vladimir Putin said on Tuesday Russia was disappointed by the European Union’s decision last week to end the embargo on arms supplies to Syria.

Supplying arms to the opposition is a continuation of “the vicious circle of violence,” Lavrov said.

“I very much hope that all our partners who have in word actively supported the Russian-American initiative will be guided by it in their practical actions as an absolute priority over all else,” the minister said.

Moscow is extremely concerned by the fate of Syrian civilians, Lavrov said, stressing that all parties at war in that country must honor international humanitarian law, “including both the government and the opposition”.

“We should think about the fate of the Syrian people and about the fact of neighboring nations who are also suffering.”

The conference is designed to be a follow-up to last summer’s international meeting in Geneva that drafted a peace roadmap for Syria. Efforts to set up the talks are continuing, despite the EU announcement that the arms embargo would be lifted, and Russia stating recently it would deliver S-300 air defense missiles and Yakhont anti-ship missiles to the Assad regime.

Russia, the UN and the US have so far failed to agree on whether Iran and Saudi Arabia would be able to participate in the conference, Gatilov said. International envoy for Syria Lakhdar Brahimi said after the talks that the conference could be held in July.