For Russian Royal in US, Personal Struggle Unlocks Family History 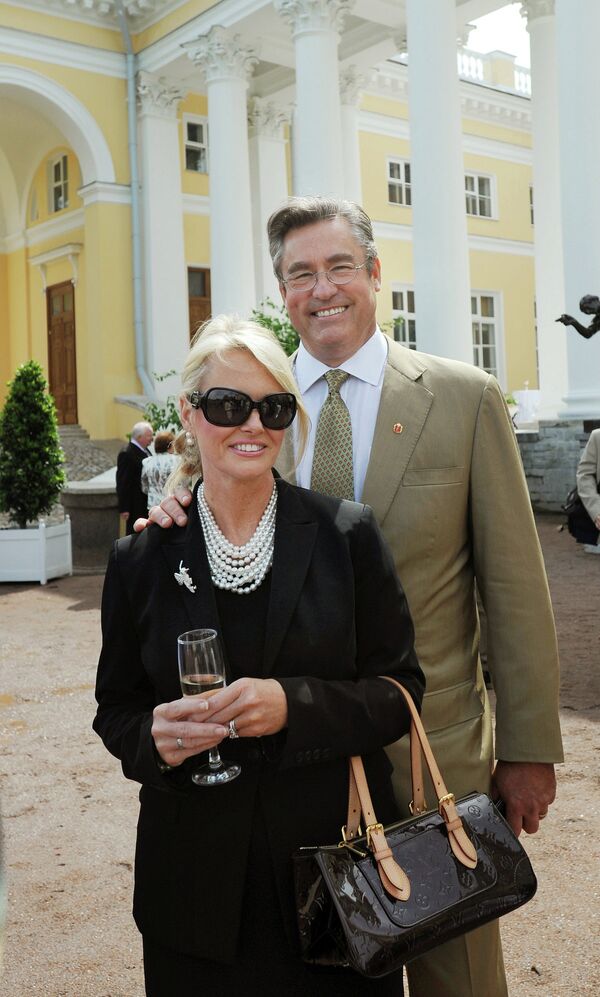 The Cincinnati house where Michael Romanoff-Ilyinsky grew up in the 1960s and ’70s was nicknamed “the Kremlin” by his parents’ friends, but Ilyinsky didn’t know why, and didn’t care.

ST. PETERSBURG, June 7 (Alexandra Odynova, RIA Novosti) – The Cincinnati house where Michael Romanoff-Ilyinsky grew up in the 1960s and ’70s was nicknamed “the Kremlin” by his parents’ friends, but Ilyinsky didn’t know why, and didn’t care.

At the time, “being of Russian heritage was not a good thing in the United States, because of the Cold War, … and so we just never talked about it,” Ilyinsky, 53, said in a recent interview in Russia’s tsarist-era capital, which he now visits regularly.

Even the unusual name on his birth certificate did nothing but mortify him: Prince Michael Pavlovich Romanoff-Ilyinsky.

Indeed, Ilyinsky’s youth bore little resemblance to that of a Russian prince: He dropped out of school twice, survived a life-threatening car accident and spoke no Russian.

Ultimately, it was not his name or a high school history teacher’s questions about his family that piqued his curiosity about Russia, but his own struggle with addiction.

Today, almost a century after the Bolsheviks executed Russia’s last tsar, Nicholas II, and his family, Ilyinsky is one of over 60 members of the imperial Romanov dynasty scattered around the world, mostly in Europe – some close, some no more than distant relatives, some bickering fiercely over titles and rights.

Ilyinsky first began piecing together the puzzle of his family’s history at the age of 28, in preparation for a volunteer mission to the Soviet Union. He dug through photo albums in attics, libraries and archives, and finally pushed relatives for answers – though, even after he learned the truth about his royal background, his father refused to talk about it.

Ilyinsky first landed on Russian soil in September 1989, as Mikhail Gorbachev’s perestroika reforms were gradually opening up some aspects of Soviet life. He came as a recovering alcoholic, together with other volunteers intent on helping fellow drinkers battle their addiction through open discussion and sharing of experience – an approach formerly unknown in Russia.

“That’s when I met Russian people, and it was very powerful,” Ilyinsky said, recalling, among others, the caring doctors who would break the rules and allow patients to come speak with the American visitors at their hotel, despite the risk of official censure.

That trip planted the seed of Ilyinsky’s current passion for Russia. As a US national, he cannot simultaneously get a Russian passport (neither country acknowledges dual citizenship), but he says with his characteristically broad grin that he would at least like “a life-time visa.”

The second time Ilyinsky came to Russia was in 1994 – this time for the Romanovs’ first big family reunion in St. Petersburg. In 1998, he returned to the city and attended the burial of Nicholas II and his family.

Over the past decade, he has been visiting Russia with growing frequency, in part to bring over royal family belongings. Now, he easily rattles off the details of the family tree and the life stories of its members, though he admits that mastering them took time and effort.

“It was like a four-year-old child trying to read an encyclopedia,” he said with a smile, his tall frame folded into an armchair at St. Petersburg’s elegant, 19th-century Grand Hotel Europe.

Even though Ilyinsky’s father kept silent on the family history, his son speaks very proudly of him, calling Paul Ilyinsky “the only Romanov elected to a government post.”

After moving to the United States as a child, Paul Ilyinsky, a first cousin of Nicholas II and a great-grandson of Tsar Alexander II (famous for liberating Russia’s serfs in 1861), served three terms as mayor of Palm Beach, Florida, and spent about a decade on its city council. 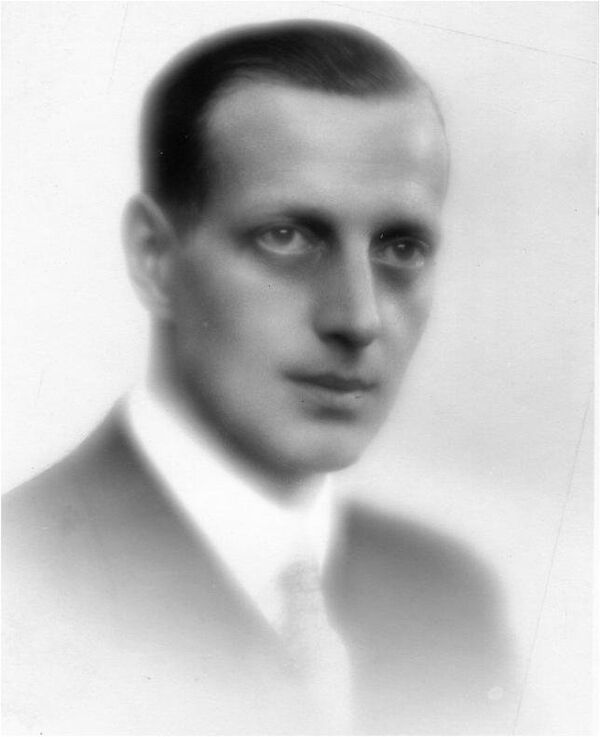 A former US Marine, Paul seemed quite American. But his father, Michael’s grandfather, was Grand Duke Dmitri Pavlovich – who fell out of favor with Nicholas II on suspicion of involvement in the 1916 murder of Grigori Rasputin, the mystic so highly regarded by Nicholas’s wife, Alexandra.

The tsar banished Dmitri to the Persian front, on the fringes of the Russian Empire – a punishment that most likely saved him from the Bolsheviks.

Perhaps setting the pattern of silence for his son, Dmitri would never discuss Rasputin or his alleged role in the assassination with anyone, not even family, Michael recalled.

But Michael’s research unearthed a trove of wonderful stories about his grandfather, including rumors of an affair with famed French designer Coco Chanel.

As the Russian Revolution mowed down its “class enemies,” Dmitri fled to Europe. His sister Princess Maria also escaped, and settled in France, where she set up an embroidery business that supplied Chanel’s fashion house. 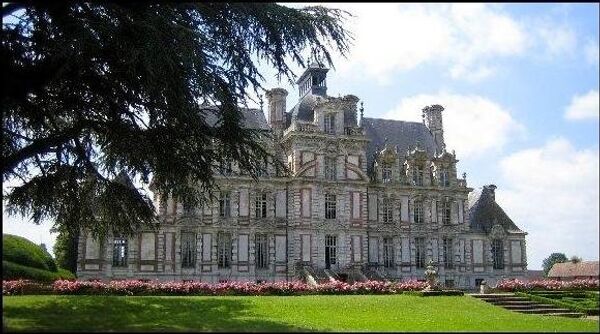 Dmitri, known in the family for his sense of humor, must have charmed the energetic founder of “casual chic.” Though there is no hard evidence, some authors credit him with introducing Coco to the Russian-French chemist Ernest Beaux, who developed the legendary Chanel №5 fragrance.

In 1926, Dmitri married a wealthy American heiress named Audrey Emery, whom her grandson Michael calls “a dollar princess”: The dollars were hers to begin with, the princess title came with the marriage. 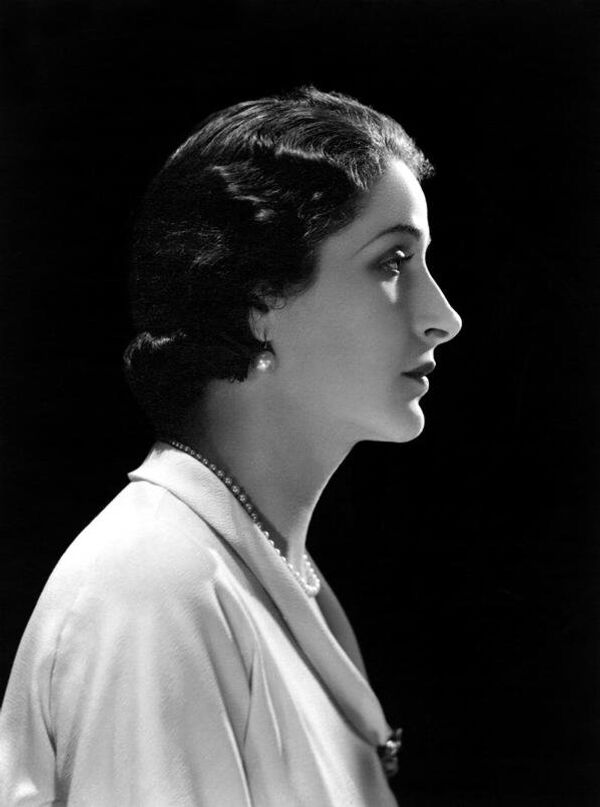 The couple divorced soon after, and Emery gave up her title, but continued supporting her ex-husband, who stayed in Paris. She returned to the United States, bringing their only child, Paul, Michael’s father, to Cincinnati, where her family had built up a lucrative real estate empire.

A New York Times obituary published after Emery’s death in 1971 said she had inherited $40 million, amassed by her family by expanding their lard oil and candle-making business into construction.

Though Paul Ilyinsky tried to obscure his Russian past, it sometimes showed through. Both he and Michael were baptized in the Russian Orthodox Church and, after Paul’s death of lung disease in 2004, his royal provenance featured in obituaries.

The New York Times cited an eminent historian of the Romanovs, Robert Massie, as saying that Paul “could have made a claim to the Russian throne, but that he was not interested.”

In an earlier interview with Massie, Paul had reportedly said: “‘I am an American and I already have a public office to which I was elected. I am the mayor.’”

Despite his royal roots and his upbringing in a wealthy, conservative family, Michael Ilyinsky says he doesn’t feel like “an imperial Romanov.” Indeed, by the time he learned of his tsarist provenance, he had lived through a wild youth full of experimentation and searching.

He left home at the age of 17, worked at a restaurant and dropped out of high school, but only for a year.

“I had an experience of trying to get a job and that’s what opened my eyes,” he said. “In the United States if you don’t have a high school diploma, you are dead, you are not going anywhere.”

After graduating, he worked for four years, without pay, at the Emery family real estate business. But that didn’t draw him in.

He finished three and a half years of college, then dropped out again, never getting a degree.

Two grave accidents – first on a snowmobile, then a car – left him grateful to be alive.

Politics didn’t appeal to him, but when he was 30 he did pick up another of his father’s professions, photography, and ran his own studio for about 15 years.

Today, Ilyinsky focuses mostly on volunteer education projects and research into his family.

While he hopes to organize exchange programs that would help Russian institutions learn from their American counterparts, he acknowledged that dealing with Russian organizations has become more challenging since 1989, as people have become more demanding and less trustworthy.

During his regular visits, Ilyinsky has been bringing relics from his home in Cincinnati for public display in Russia and trying to improve his language skills.

“I keep coming back to Russia to pursue this project or that project, or even keep trying to learn the language despite enormous challenges, large financial costs, and never-ending frustration,” Ilyinsky said. “The only reason I have endured … is because Russia is my passion.” 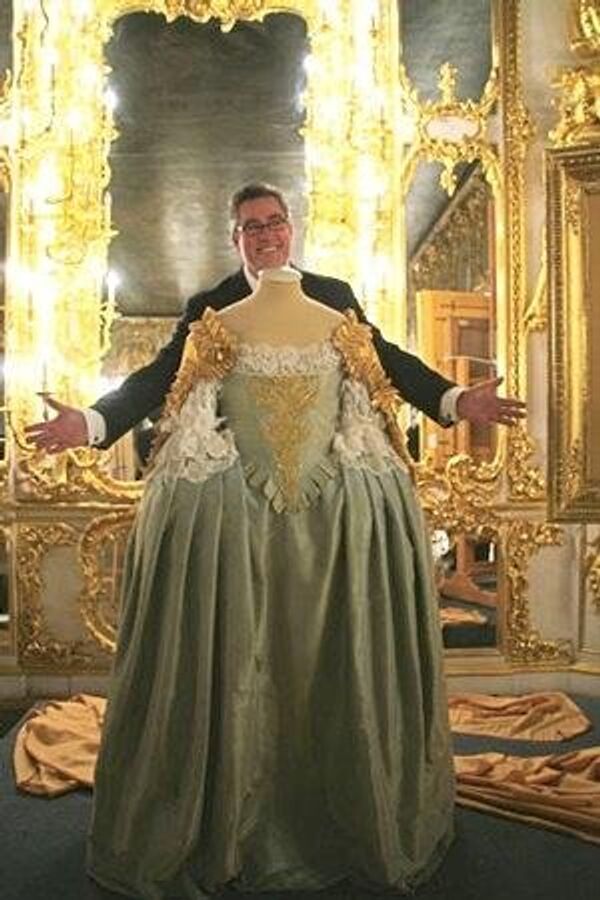 In July, some of the Romanovs’ personal belongings brought over by Ilyinsky will be on display at Tsarskoye Selo, a former imperial residence outside St. Petersburg, in an exhibition titled “The Romanovs: From Tsarskoye Selo to Cincinnati.

Last month, Ilyinsky and his wife, Debra, came to the estate – an ornate palace with manicured gardens – for an opera performance marking 400 years since the Romanov dynasty started ruling Russia, saving the country from its tumultuous Time of Troubles.

Watching them was like watching two eras mingle, a marriage of Ilyinsky’s present and his long-hidden past: Ilyinsky and Debra met in the most modern, American way imaginable – through a dating website. Yet, as the couple, perfectly dressed for an imperial ball, entered the palace gates, the security guards stepped back without a word, as they might have for the last tsar and tsarina.