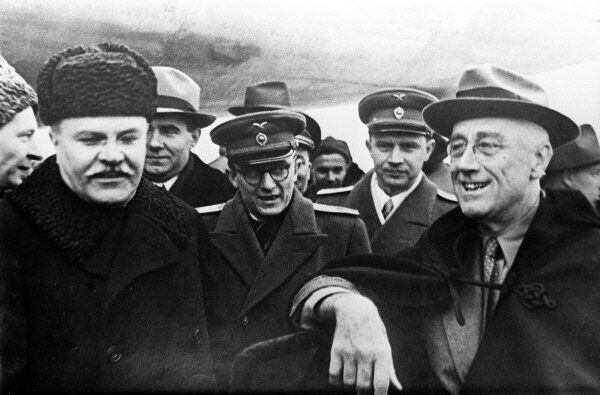 A new book claiming the White House of wartime US President Franklin D. Roosevelt was rife with Soviet spies and sympathizers has American conservatives waxing lyrical as liberals heap scorn on the work as unadulterated fantasy.

WASHINGTON, June 6 (RIA Novosti) – A new book claiming the White House of wartime US President Franklin D. Roosevelt was rife with Soviet spies and sympathizers has American conservatives waxing lyrical as liberals heap scorn on the work as unadulterated fantasy.

More neutral readers of “American Betrayal: The Secret Assault on our Nation’s Character,” written by newspaper columnist Diana West, are simply advising caution in accepting the book’s assertions, including that Roosevelt’s right-hand man, Harry Hopkins, was pulling for Moscow.

The book argues that “Americans have been betrayed … by our leaders going back to FDR’s administration in the 1930s because we were penetrated by Soviet agents to such an extent that our policies and… our character as a nation was subverted,” West said in an interview with the Daily Caller.

Right-wing reviewers used words like “illuminating” and “painstakingly researched” to describe “American Betrayal”, while liberals called it a “frustrating mixture” of fact and fiction, and one historian bluntly dismissed it as “crap.”

“In this illuminating and painstakingly researched and documented book, Diana West connects the dots to the early 1930s when the Russians and their subversive American minions moved career communists and spies into main government departments including the State Department,” wrote blogger Ruth King on a right-wing media site.

According to West, a key Soviet sympathizer in the White House was Hopkins, one of Roosevelt’s closest advisers. In an interview with Soviet-born Israeli researcher Ariel Cohen of the conservative Heritage Foundation, she described Hopkins as “the greatest unsung villain that we’ve never heard of.”

West accuses Hopkins, who she says was so close to Roosevelt that he was often referred to as his “co-president”, of treachery including tipping off the Soviet embassy in Washington that the FBI was listening in on its diplomats’ conversations; and telling Soviet World War II Foreign Minister Vyacheslav Molotov “how to talk to Roosevelt to persuade him to do what Stalin wanted – invade northern France.”

During the C-SPAN interview, Cohen and West locked horns over the author’s interpretation of US foreign policy under Roosevelt. The author’s view of World War II history also raised eyebrows among readers of a review of “American Betrayal” on Kirkus Reviews, which has been critiquing writers for 80 years.

“West ruminates that perhaps we should not have allied with Soviet Russia in fighting Hitler,” commented Tom Quinn, a California-based lawyer, on Kirkus’s Facebook page. He called “American Betrayal” a “hack job.”

Scott Blair, a retired US civil servant who is doing a Ph.D. in history at a Canadian university, was more to the point.

“A quick look confirms (the book) is crap,” he wrote on Facebook.

“For example, the assertion that Harry Hopkins ‘was Stalin’s complicit errand boy,’ is bulls***! Hopkins literally worked himself to death for his president and country. Please do not insult my intelligence,” Blair wrote.

Hopkins died in 1946. In the interview with Cohen, West says his death was “convenient” because it kept him out of the spotlight.

Kirkus Reviews described West’s work without the glowing adjectives and adverbs of the conservative media, preferring instead to succinctly outline the thesis West tries to defend in “American Betrayal”.

Kirkus concludes, however, that West misses the mark and calls her book “a frustrating mixture of incontrovertible facts and dubious speculation.”