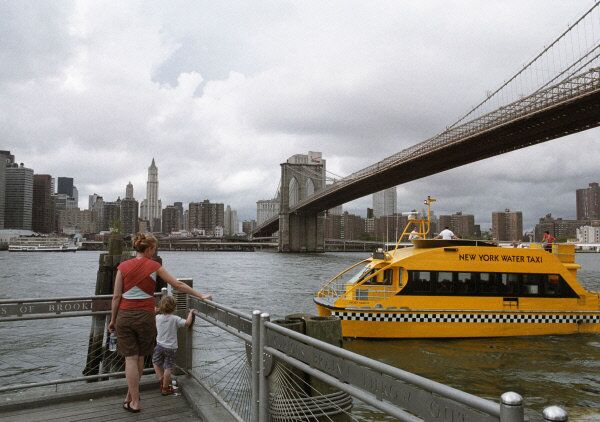 © RIA Novosti
Subscribe
International
India
Africa
Thousands of Jewish immigrants who left the former Soviet Union (FSU) and settled in and around New York in search of a better life are now eking out a meager subsistence and are among the city’s poorest people, according to a report released Thursday.

WASHINGTON, June 6 (RIA Novosti) – Thousands of Jewish immigrants who left the former Soviet Union (FSU) and settled in and around New York in search of a better life are now eking out a meager subsistence and are among the city’s poorest people, according to a report released Thursday.

“The Russian-speaking population, particularly seniors, is quite vulnerable to poverty. They are the largest category of poor Jewish households in the eight-county New York area,” said Jennifer Rosenberg, director of research for the nonprofit UJA-Federation, which released the report.

The report finds 32 percent of Jewish households classified as “poor” in and around New York are Russian-speaking, for a total of 44,800 households, or roughly 179,000 people. When it comes to seniors in the same category – Jews from the former Soviet Union (FSU) – 72 percent of them live in poverty.

“Seniors and people with disabilities face the heartrending choice to pay rent or buy medicine or health aids not covered by insurance,” said the authors of the report.

“It is no surprise that so many older Jews from the FSU are poor — many came to the United States with no resources; could not find employment because of age, language, or health issues; and were therefore ineligible for Social Security beyond SSI (supplemental security income),” they wrote.

For the purposes of the study, “poor” was defined 1.5 times the official US national poverty level, a figure which takes into account New York’s high cost of living by comparison with other cities across the country. For example, a household of three people with a total annual income of $27,000 or less living in New York would be “poor.”

According to 2010 US census data looking at the general population, around one in five New York City residents lives below the official poverty line, a figure roughly on a par with the percentage of Jews specifically who are also categorized as poor.

“The small bit of good news is that the poverty level among Russian-speaking households has declined since 2002,” said Rosenberg in comments to RIA Novosti.

“I think it’s largely the younger households that are beginning to establish themselves financially… so as their children get older and go to college and begin working, their income levels increase and I think the community as a whole is being lifted by that,” she added.

The report finds there are more poor Jewish people living in New York than all of the Jews living in Washington or Chicago, but it was not immediately clear whether the Jewish people in other cities were faring better, worse or the same as those in New York.

The report was based on telephone surveys of nearly 6,000 respondents conducted from February to July, 2011.