Almost Half of Russian Students Dream of Emigrating - Poll 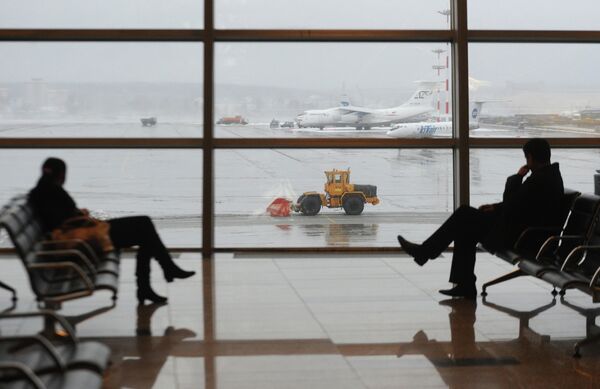 © RIA Novosti . Artem Schitenew
/
Go to the photo bank
Subscribe
Nearly half of Russian students (45 percent) and some 38 percent of businessmen would like to leave Russia, according to a survey by the Levada Center independent pollster published on Thursday.

MOSCOW, June 6 (RIA Novosti) – Nearly half of Russian students (45 percent) and some 38 percent of businessmen would like to leave Russia, according to a survey by the Levada Center independent pollster published on Thursday.

A total of 22 percent of all respondents in the poll want to emigrate from Russia to other countries, not including the former Soviet states, while some 70 percent said they plan to stay in Russia, the survey said. Last year, a similar survey by the pollster said the same number of people said they were thinking of leaving Russia, while some 9 percent said they often thought of doing so.

The urge to leave is strongest among residents of Moscow and other large cities (27 percent) and those who supported Russian billionaire Mikhail Prokhorov (38 percent) at the presidential polls and, perhaps oddly, supporters of Vladimir Zhirinovsky, leader of Russia's nationalist LDPR party (30 percent).

Some 49 percent of respondents said they would like to go abroad for a better life. Unemployed women (68 percent) and students (67 percent) are most attracted by conditions abroad, according to the survey.

Around 32 percent said they were unhappy with Russia’s unstable economy, while 31 percent of those polled said they wanted to secure a better future for their children.

The pollster said 18 percent wanted to escape “Russia’s arbitrary rule,” while another 10 percent said they dislike the political situation in the country. Another 14 percent said they were unhappy with business conditions in Russia.

Less than 1 percent of respondents, however, said they have actually started filling the necessary documents to make their emigration dream come true, and only 1 percent said they had firmly decided to leave Russia.

Some 73 percent of those polled said they have never thought of taking any real steps to emigrate. Nearly 17 percent said they occasionally think of leaving the country, the survey said.

In a similar poll by VTsIOM in March 2012, 11 percent of respondents said they wanted to emigrate from Russia, compared to 22 percent in June 2011 and 16 percent in 1991, the year of Soviet Union’s demise when it first polled on the issue.